Catching Up and Preparing to Give Thanks!

Oooooh, so it's been a long time since I updated. Nate leaves me in charge of the blog while he slaves away to provide yuppies and hippies with Thanksgiving, and I fail to update. Bad, bad, Jen. 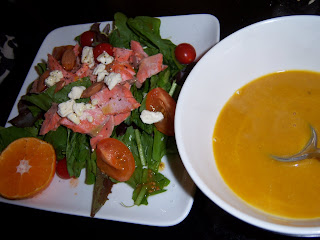 On Sunday, we had the rest of Nate's delicious soup with a salad made from leftovers. (Delish and frugal!) We then finished up the fruitcake, stirring innumerable eggs and various drygoods into the mixed fruits and stirring it up, thus making it a true stirrup Sunday. 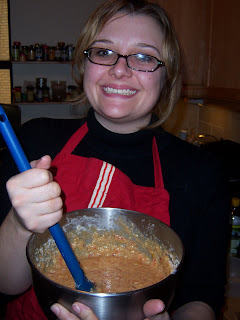 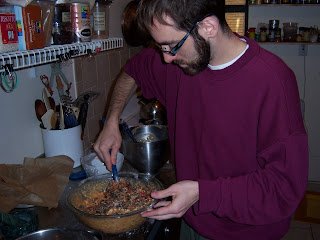 Also on Sunday, I got to check out Joe and Ryan's amazing new apartment. It has a fireplace: I mean, what else? Joe set out a delicious cheese plate and we had some wine before the fireplace, and a little part of me died a little of jealousy and happiness all mixed. 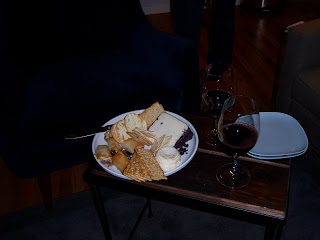 Then I came home and doused the now-cooked cakes with brandy and wrapped them up. They're sitting all happily in the fridge as I type. 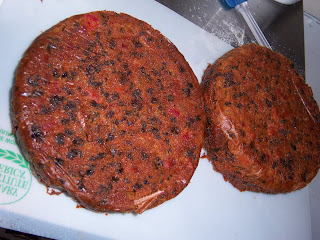 The rest of the week has been extra-boring and marked by late nights -- for Nate, especially, since it's the maddest season at his esteemed employer. On Monday, I managed to beat Nate home by an hour or so, so I made something simple yet comforting to those who have been in the Thanksgiving trenches: macaroni and cheese. 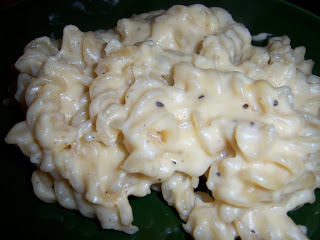 On Tuesday, I only beat Nate home by a minute or so, so it was another pasta standby: ravioli. (Which Nate laid out in an interesting way to offset how boring a dinner it was.) 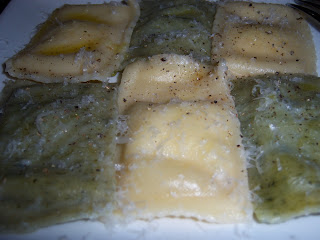 And then on Wednesday, wanting to save my culinary energies for today, I made yet another pasta: tomato sauce, shallots, frozen spinach , leftover rotelli and scallops. I know. It was totally weird. What can I say? I was hungry and the fridge is full of turkey but not much else. 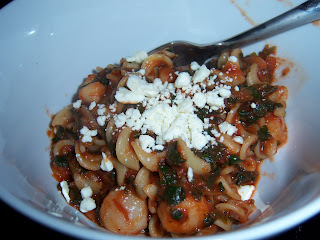 Which brings us to today. Right now, the dough for the rolls is rising, and I'm about to start on the pie crust. (O pie crust, my Everest!) Later on I'll get the vegetables and turkey in order and hopefully even get out for a quick pre-turkey run. (My own personal turkey trot, if you will. The Christmas 4-miler is in three weeks!)

In the meantime, happy Thanksgiving to all! Updates on dinner to come.
Posted by Jen at 6:49 PM