Springing Out of Sickness

We are one third of the way through 2017 and there has scarcely been a day where one or more of our family has not been ill. While this is one of the most mild winters in recent memory it really hasn't mattered much as we've spent most of it inside, suspending all rules and watching eight or more hours of television with one or more ailing children. Meanwhile, our toboggan and saucers sit unused in the corner with hopes of getting their maiden voyages next winter.

We spent some nice chilly days working on projects and trying to make the most of being cooped up indoors.

Martin briefly became obsessed with Mario and Luigi and even worse this outfit to school one day.

Jen and I had visions of a great day spent at home making homemade pasta with the boys. Instead our pasta maker broke and the kids showed nothing but disdain for the entire project.

We got a chance to go to the train show at the Morton Arboretum once again which Josie was captivated by. While last year she spent the entire time silently gnawing on a pizza crust, this year she looked on in awe and occasionally had to be stopped from diving in to grab the trains.

We took them out for a lunch at Portillo's where they got to eat small amounts of food and drink large amounts of milk shakes.

We returned to the theater to see the Pete the Cat musical number and they got a chance to meet Pete after the show despite being rushed along by a crabby woman who wanted nothing more than to crush little childrens' dreams.

The boys also got a chance to partake in their first sleepover at Auntie Lauren's with cousin Evelyn. Josie was a little dismayed at watching her brothers go out on their own adventure but she quickly calmed down and cheered up the next morning when we got to go over for breakfast.

The boys have continued to enjoy their daily Kindle time during Josie's naps, one of the only ways to ensure a quiet time for everyone during the treacheros mid day nap.

As Valentine's Day approached we were able to twist the boys arms into making valentines for their friends. Josie needed no such arm twisting.

Valentine's Day came with a tea party for the kids. 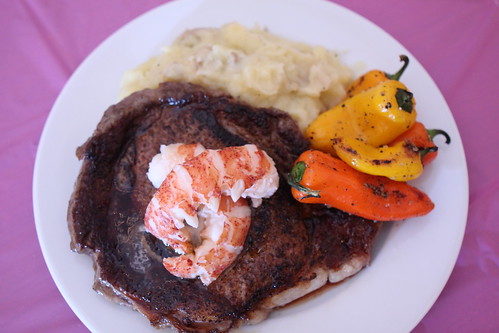 I put together a rare dinner that wasn't thrown together in five minutes and hearkened back to the days before children when this would have been a run of the mill Thursday dinner.

Soon after Valentine's Day we were all stricken with a nasty stomach virus that ripped through the family leaving no one unscathed.

After a few days when we were feeling a little better we walked Josie to the Mediterranean market where she napped and we purchased delicious hummus and pita for dinner.

During the extended stomach issues we continued to make use of our disastrous living space to entertain the children, including this amazing pirate ship. If you look closely you may be able to pick up on the fact that that is not an actual pirate ship but merely a recreation made from chairs!

We took the boys to Kindergarten preview where Martin barged in and met the lady at the front desk who he instantly told his full name, explained that they were twins, told them how he was the oldest, and described the difficulties of Elliott's birth in great detail. Meeting new people is not a fear that Martin has.

Less than two weeks after getting better everyone got sick again, this time with a much worse stomach bug that kept the boys up all night. Somehow Josie was the only one spared this time.

Everyone was (mostly) well in time for the annual pancake breakfast which was a big hit even though we were leery of them eating pancakes and sausage so soon but it all seemed to work out for the best.

We later had dinner and went to free cone day at Dairy Queen to celebrate everyone being well again.

Later that night I took Martin to the emergency room for extreme abdominal pain. That begun a week straight of Martin being up all night, writhing in pain, and having multiple hot baths to soothe himself.

After the worst week of the year and a lot of care Martin seemed to beat the intense pain and we were able to take the boys to their first skating lesson.

That was the perfect warm up for their first ever hockey game to watch the Chicago Steel play.

Elliott did not care for the horn they played when a goal was scored but the kids had a blast. I went to the concession stand no fewer than twelve times to get popcorn, water, hot dogs, pizza, beer, lemonade, Kit Kats, and Reece's Peanut Butter Cups. I think I got to see a few minutes of the game as well. Thankfully the concessions were located very close to where we sat.

In reading back on previous years it would seem we spend the beginning portion of most with a great deal of sickness. Now I am just hoping that the bulk of that is behind us and we can move forward to a healthy remainder of 2017.

Now bring on the Spring!
Posted by Unknown at 10:23 PM No comments: