New Year's Eve came quickly and Jen and I planned (and hoped) to have our normal grown-up New Year's Eve dinner after the boys were nestled (passed out) in their beds.

In the afternoon Jen put on a countdown to New Year's that she found on Netflix and apparently the boys had a blast watching it. I didn't get the chance to watch as I was at work. 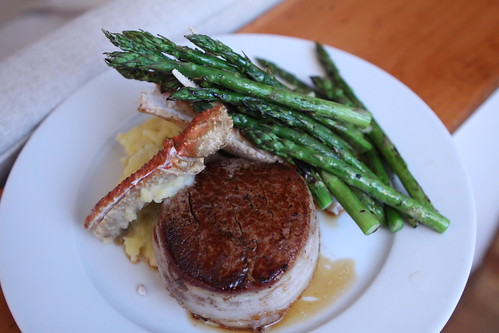 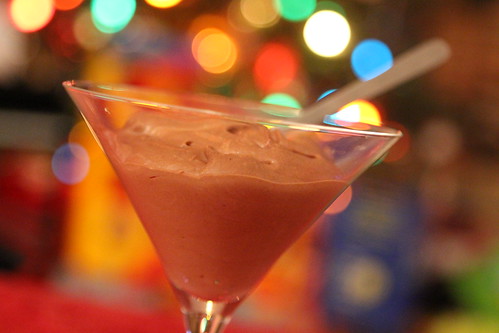 The following morning we had a sleepy New Year's Day where the boys snuggled up on the couch with Mummy and watched The Princess Bride for the second time. Despite the picture showing Martin asleep they loved this movie far more than we could have hoped. This was nice because it gave us an opportunity to not watch another kid's cartoon with them for a change. 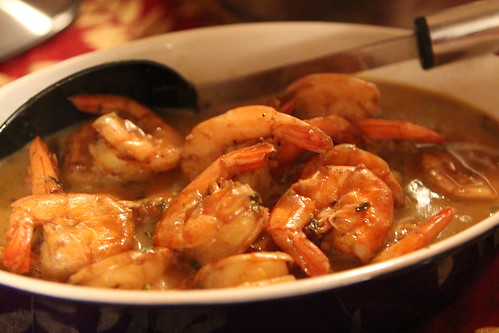 That evening we made an impromptu, last minute New Orleans themed meal with barbecue shrimp . . . 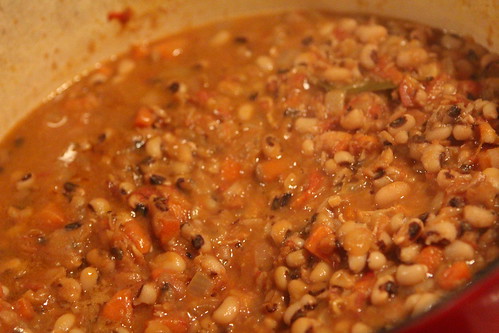 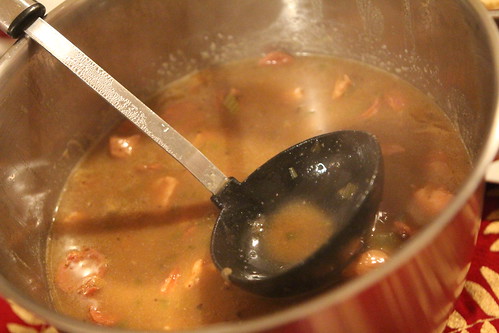 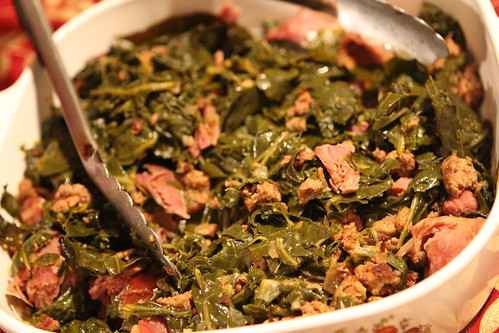 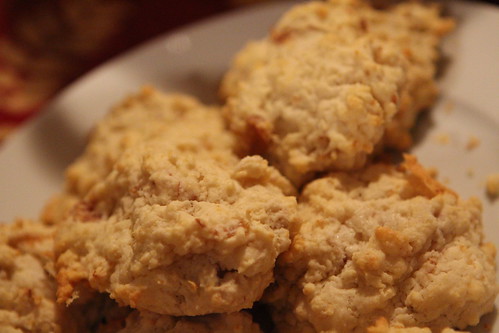 The following day we all took the kids to the Shedd Aquarium which was a pretty big hit, other than the horrible over-priced lunch experience. Lesson learned. Next time we pack lunches.

The love for Dire Straits continues. It also continues to mystify us. Neither Jen or I are all that crazy about Dire Straits. We like them okay but I'm secretly worried that people are going to think I'm forcing my love of my favorite band on my children, trying to get them to have the same tastes as me. Nothing could be further from the truth. They're only lukewarm about my favorite bands. They love Dire Straits.

I'd say a solid 80% of the Dire Straits I've listened to in my entire life has been in the last year, almost entirely at the request of one or both of my sons. 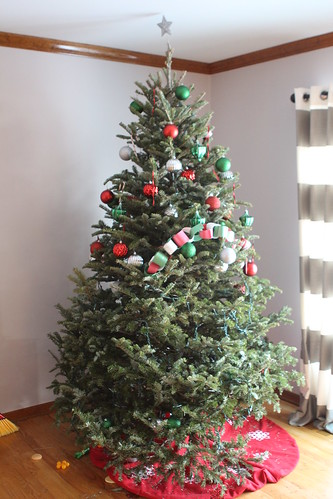 Soon enough it was Epiphany and time to take down the trees. The front room tree was easy enough as Martin and Elliott had done their best to denude it of 75% of its ornaments in advance. 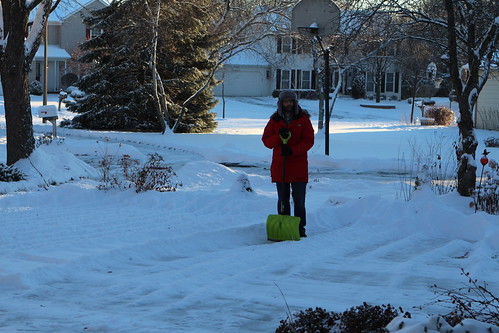 The next day we got our first snow. My this time last year I had already shoveled about twenty times so I was not too broken up about the decrease in accumulation this year.

We got to play in the snow. This was great for Martin whose favorite activity lately has been pretending to throw snow at people and asking them to pretend to throw it back. Now he got to experience the real thing.

Elliott enjoyed it too, despite the 45 minute long battle about whether or not he was going to wear his jacket outside. I think you can see who won this argument based on the above picture.

Lately Martin has developed this crazy running style where he swings his right arm wildly with bent elbow while leaving his left arm straight. It's been a cause for great enjoyment by all who get the opportunity to watch it.

This morning the boys woke up and decided they wanted to care for Martin's doll, perhaps in practice to become older brothers. Elliott went to the other room and retrieved a Boppy. I had no idea that Boppy was even around or that Elliott even knew what it was for.

After breakfast they erupted into a celebration of Dire Straits and sang along to "So Far Away," a song that I'm pretty sure I didn't even know was a Dire Straits song until a few months ago.

We spent a great deal of the morning making crafts as well. They ended up being Christmas-themed as much of the stickers and things we had around were from the holidays.

They both commanded me to draw certain things. Martin told me to draw a Santa, a little Santa, and a Santa in a sleigh. Perhaps this drawing is meant to recall the Great Christmas Schism of 1068 which brought so much war and devastation to the North Pole.

We live in simpler times now.


After their snack of peanut butter French toast they decided to have a Dire Straits slow jam where they really grooved to the moody guitar licks of Mark Knopfler.

Grandma came over for lunch and they both took care of Martin's dog, Ruff Ruff, by giving him Elliott's bowl of cous cous and then Elliott's milk. When Grandma told them that dogs don't drink milk they made me go get him some water.

That it what's like being a parent. You are part caretaker, all servant.
Posted by Unknown at 3:59 PM No comments: