December is in the rear view mirror and here we are looking ahead at most of January ahead of us. As I've spent about 75% of 2017 either in bed or reclining on a chair so far, I'm going to call today my New Year's Day.

In the lead up to Christmas the boys' excitement was hard to contain. Every day they excitedly asked if tomorrow was the big day. Their inability to really understand time yet leads to frequent questions to calibrate where they are in the Christmas season. I suspect next year they will know exactly where they are and that will only make the agony of waiting even worse.

They selected some cookies, milk, and beer for Santa. I suggested the beer but by the time they were in bed I just returned the beer to the fridge and collapsed into bed.

Martin and Elliott were so excited that they decided to sleep together in the same bed. In the middle of the night when I went to check on them Martin sat up, mumbled then collapsed on Elliott. I found this to be a dangerous position to leave them in, not wanting them to wake prematurely, so I moved Martin to his bed where he mumbled about Elliott and the cold and then eventually fell asleep. In the morning I would find him returned to his brother's bed. 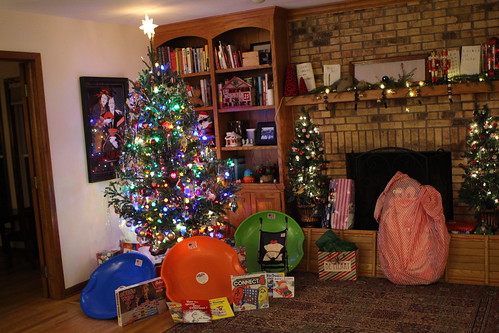 The stage was set, we just needed to wait for them to wake up. I awoke at 5:00 AM due to a work related emergency then anticipated they would be up any minute. By 7:30 AM we actually needed to wake them all up.

They pawed through their stockings with groggy enthusiasm.

Josie was very happy to receive Play-DOH, her favorite substance on this planet, but she was slow to understand why we had woken her up.

Upon opening the gift Martin had gotten him, a pizza making set, Elliott was so excited that he hugged it joyfully.

Then he got up and gave Martin a huge hug. Given the fact that Elliott's response to "I love you" from his brother is usually, "You stink!" I think this hug may have been Martin's best Christmas present.

After a few moments of present unwrapping, the living room was destroyed and would only get worse over the course of the next two weeks.

We got a toboggan from Aunt Pat and all the cousins posed on it, though I don't think they will be all riding this together for another few years. 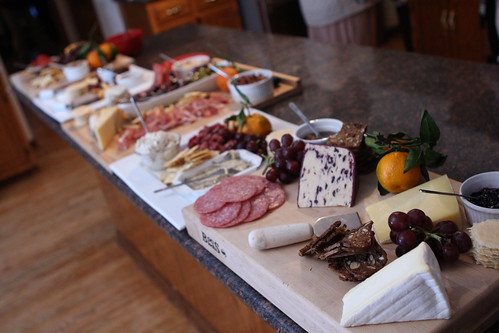 For dinner I did my second annual charcuterie spread, breaking the different platters into themes. 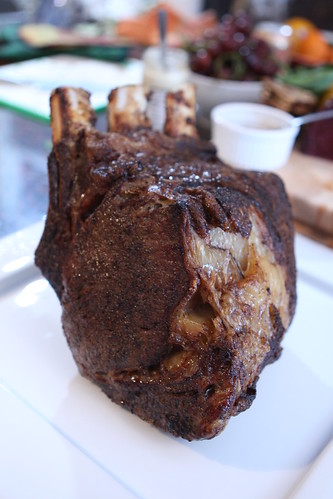 We scaled back dinner even farther than last year, simply making this rib roast and some roasted Brussels sprouts to go with it. I'm confident we will keep this radition for many years, at least while the kids are young. It gives me the ability to enjoy every moment of Christmas with the kids, not enter the kitchen until 4:00 PM, and yet still enjoy a ton of delicious foods.

The kids, newly convinced of their love of the kids' table, enjoyed their self-imposed exile as the adults sat at the big table, and we didn't have to bring in an auxiliary table for the first Christmas yet, despite the addition of Josephine and Oliver.

The actual sit down portion of dinner was for small plate, dessert, and attempted uninterrupted conversation between adults. We only got two of those three things.

I'll leave it to you to guess what two.

The next day the kids had fun just playing with all their new toys, including Connect Four.

Elliott and Martin split the game pretty evenly and waited until the other completed his row to declare, "We both win!" When I tried to show them how to actually play they were disgusted by the competitive nature of the game. I think it may come from being twins. They are generally very good at sharing with each other -- GENERALLY -- and usually consider the other when making moves or playing games. It could just be because they've never experienced anything other than having their brother nearby and having to experience a lot of give and take.

Elliott dutifully built his TIE fighter with minimal help from Grandpa. Martin didn't quite have the attention span to get his done.

They wrote notes to Great Grandpa and Great Nana to thank then for their Christmas gifts and wish them a happy new year.

I quickly realized I must be getting sick. This was pretty annoying because I'd never fully kicked the cold that knocked me out of work for a day just a few days shy of Christmas. While at work I put myself on a regimen of cold medicine, vitamins, caffeine, tea, and anything else I could think of to perk myself up.

While I was at work, Jen, Caolan, Paul, and Lauren worked tirelessly planning an extremely last minute New Year's Eve party for the kids.

The countdown to "midnight" went pretty well and we were able to get the children to bed with relative ease. Perhaps the work of planning and executing the party had taken the fight out of them. 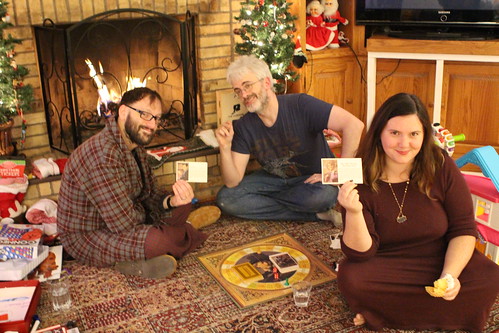 After dinner we sat by the fire and played Masterpiece. It was so much fun but after a round of the game I quickly realized I was not going to make it to see midnight. In fact I was not going to make it to see ten o'clock and I turned in for the night. I awoke once to the sound of adults celebrating the ringing in of 2017 and then quickly fell back asleep where I did not leave bed other than for a quick check-in downstairs until 3:30 PM. This was supremely disappointing given how I'd arranged my work schedule to take full advantage of Caolan, Paul, and Jane visiting. Instead I stayed in bed for most of my time with them. 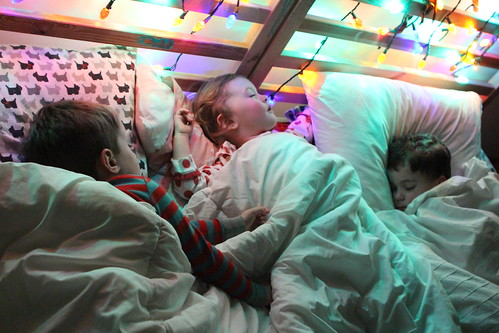 The kids all slept in one giant bed after a fair amount of fooling around. 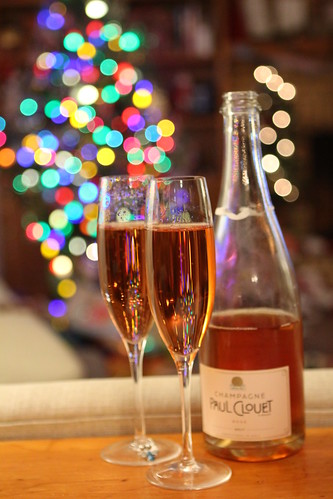 Apparently this was consumed while I was unconscious in bed. 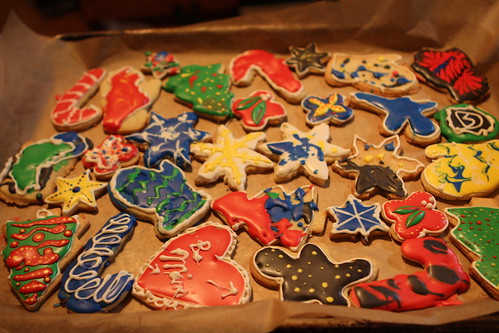 The kids had a lot of fun on the first day of the year. They went to the park with Paul, Caolan, and Jane, they played, they iced Christmas cookies, and presumably other things while I slept all day. 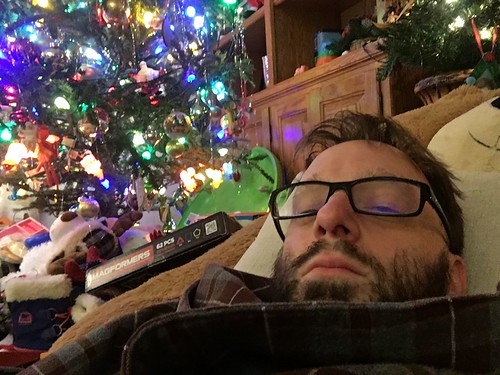 Eventually I got enough energy to descend from the bedroom and lie down under the Christmas tree, propped up on Mr. Beow, the kids' insanely large stuffed bear. While I felt awful it was good to at least hear the kids having fun an be a minor part of conversation (and pity) rather than just wallowing in my own misery alone.

Unfortunately our friends left early the next morning and I could barely summon the will to come down and see them off. Jen, who'd been hoping to have some help with the child activities, unfortunately, was left high and dry by all of this.

As I write this I am feeling a lot better and returning to work tomorrow. I always say that I wish I had more time off around the holidays.

I'm going to stop saying that.
Posted by Unknown at 9:43 PM No comments: