September saw some pretty nice weather this year, like every year. Normally we just assume that the leaves will be falling and the smell of hot cider will fill the air as soon as September first hits. Instead we're generally walking around all sweaty trying to force the season and pretending we like pumpkin spice.

The boys had a lot of fun playing baseball, however, Josie always insists on pitching. While her stance is adorable her accuracy leaves a little something to be desired. The boys want me to pitch but Josie's screams of protest are usually enough for them to humor her at the expense of their own fun. 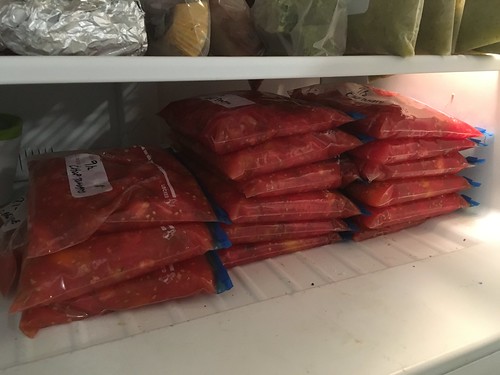 Like we do most septembers we loaded up the fridge with all manner of garden and farm vegetables, mostly in the form of peeled and diced tomatoes. 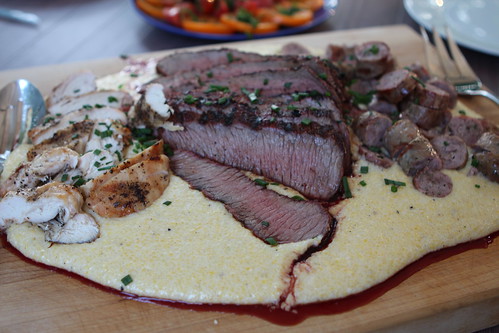 Our friends Debbie and Michele came to visit which meant I could cook something nice for one of the three or four times a year I am granted the time to do so. I made a mixed grill with chicken, ribeye steak, and a friend's homemade sausage on a bed of creamy polenta. 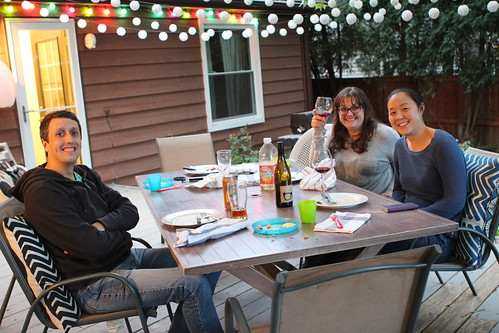 We also got to enjoy a drink or two on the deck, something we had hoped to do many times this summer but didn't happen until mid September.

Martin continued his constant goalie practice in the driveway and roped anyone he could into playing with him whether it was a brother, parent, grandparent, neighbor, or someone simply walking past our house.

We also got in early on the apple picking this year. Since the kids are in school full time we weren't able to go on a weekday and have the entire orchard to ourselves. We did, however, get a chance to enjoy some cider donuts and have it feel a little less like we were trespassing on someone's private orcahrd after hours.

A few days running I have taken the boys out to play Pokemon after I picked them up for school. I even purchased the Pokemon GO late for them in the only setting where I did not feel embarrassed to order it. It's much less shameful when there are five-year-olds around.

As with any Pokewalk we take Martin manages to convince every dog owner he meets to stop so he can pet their dogs. I'm shocked at how few dog owners are annoyed by this. 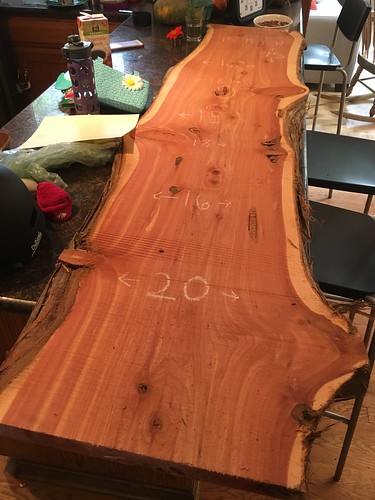 At the end of the month my wood plank arrived, a vertical slab from a cedar tree. With a lot of research (and even more luck) I intend to make a charcuterie board to be ready for Christmas this year. If you don't see it in my Christmas pictures this year and I don't mention it you will know that something has gone wrong and that I have spent a lot of time and money effectively ruining a beautiful piece of wood.

Let's hope for a Christmas miracle!