As October dawned we got ready to say goodbye to Auntie Lauren and Uncle Doug's house, a place we've spent a considerable amount of time over the past several years.

Evelyn and Martin got to enjoy their last arguments in the old house, preparing for fresh and new trivial things to get in shouting matches about when they move into their new place. 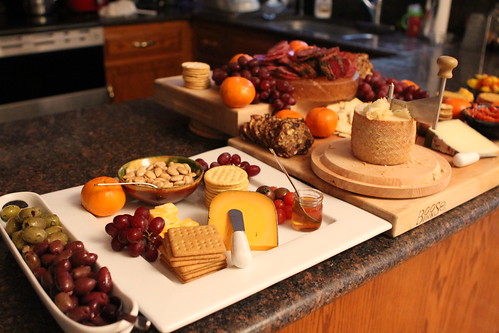 We also hosted a Canadian Thanksgiving feast for the largest group since we moved here. It still doesn't top thirty-five adults at our old two bedroom apartment but it was pretty close albeit far easier. 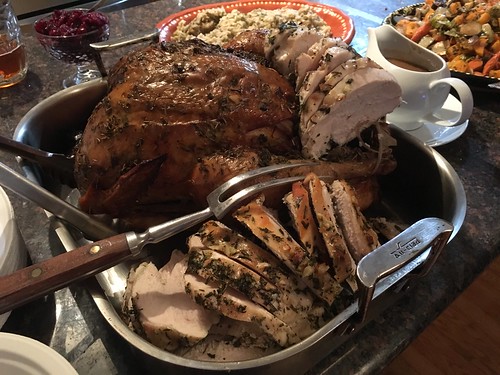 Even the turkey, usually not the highlight of any Thanksgiving I prepare, turned out pretty well.

The following day we took Josie to IKEA to pick out a big girl bed. This took her just under two seconds as she ran across the showroom and leapt into her bed of choice. I can only wish that her mother and I could come to decisions at IKEA with that amount of expedience.

So it was that we said goodbye to her crib, a crib that has served us well for over five years and is thoroughly warped, stained, and damaged form hard use.

I spent the afternoon putting the new bed together, a task made much easier when there's a two-year-old assisting you.

And in ushers the era of no cribs. The interesting thing, six weeks later, is that Josie still hasn't figured out that she can get out of her bed on her own. This is actually pretty handy in that we don't have to worry about any surprises. Still she will call for us to come and remove her from bed. I'm not sure how long this will last but I'll enjoy it while there are only two wanderers I need to be concerned about.

We even got a new bed for Baba, something Josie was eager to test out personally before allowing Baba to try it out.

Martin read Josie a bedtime story per her request and she went to sleep really easily. Perhaps not having a twin in the same room to cause trouble with makes the transition to a regular bed a little easier. 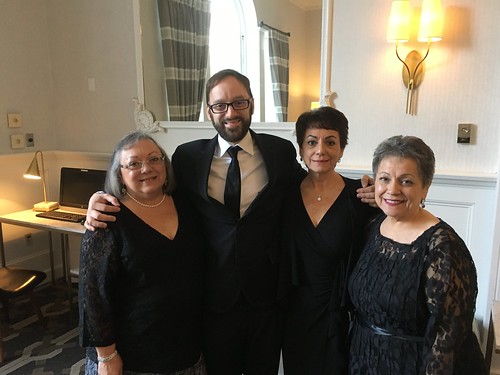 I had a brief break as I traveled home to Rhode Island for a family wedding. 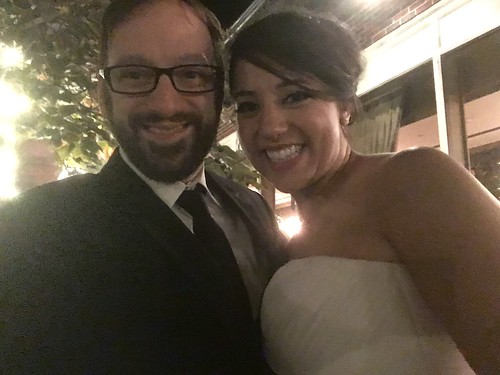 I got a chance to see my cousin Rebecca, someone I don't get to see enough. It was a beautiful wedding and the joy of sleeping without children around was not lost on me in the least.

Back home the kids got to do trunk or treat at Josie's day care.

They then did trunk or treat downtown at all the local businesses.

We carved a pumpkin on the night before Halloween and watched some Halloween specials. We've tried about a dozen different Halloween specials this year but the kids were mostly afraid of everything. Even the Garfield Halloween special was too much for them. The Bugs Bunny special gave them nightmares. The only reason I kept trying is because they claim to love spooky things. Apart from The Great Pumpkin Charlie Brown special I haven't found much that is in the correct spooky range for these kids.

Finally we concluded the week with Halloween proper where we did trick or treating again. By this time Josie and Martin were done. Elliott had a bit more stamina but Josie and Martin had had enough of the whole process by this point. Martin looked up at me and said, "Okay, Daddy, I think I have enough candy now. Can we go home?"

This is something I don't ever recall saying as a child. I only got to go trick or treating once and I had to be dragged back home.

And so continues my smooth transition into old manhood. Kids today, they don't know how good they have it!