November in a Nutshell

After Halloween, as normal, came my birthday. It sneaks up on everyone, including me. Unfortunately a case of food poisoning also snuck up on Jen so it wasn't quite as joyful as we would have hoped. Other than that it was pretty much the perfect birthday. 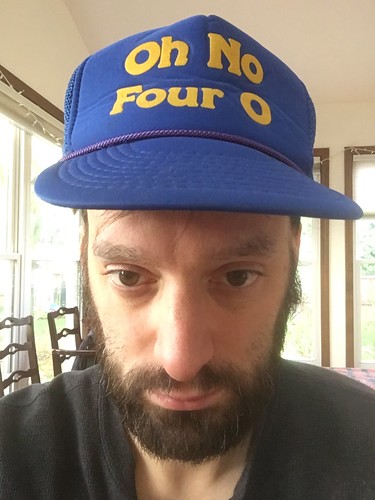 Except for which one it was. 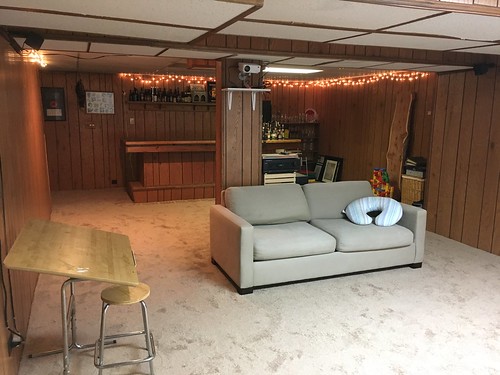 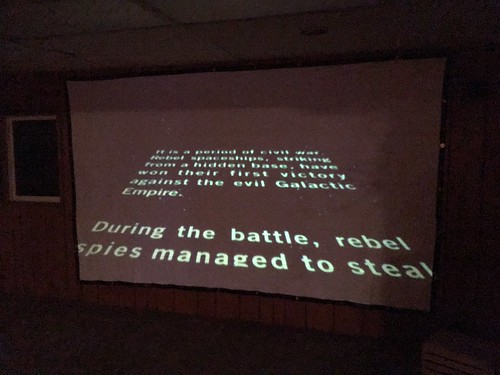 My dad and I spent a lot of time refinishing the basement after our basement flood almost two years ago. Not only are the rusty carpet tacks no longer poking out of the floor but it's actually extremely comfortable down there and the kids can go play without me being worried about stepping on a rusty nail or smashing their head on cold concrete. 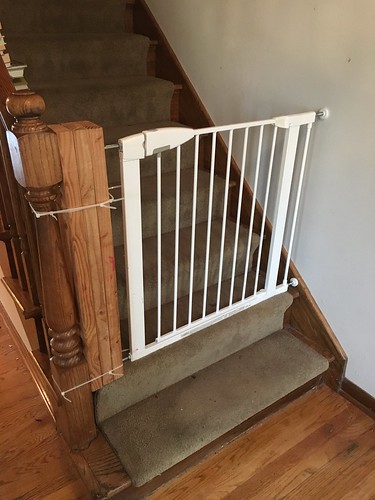 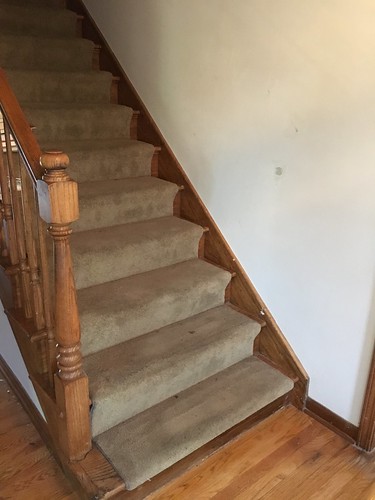 A much simpler project, though just as gratifying, was removing the final baby gate. This simple change provides an obvious aesthetic improvement but the most satisfying bit is how luxurious and wide our staircase feels now. Added bonus: carrying laundry or other items up the stairs is no longer fraught with peril.

Elliott spent much of my birthday party writing "COME ON" on pieces of paper and handing it to Jen. At the end of the night he spelled it out in Halloween glow sticks and called me in.

Jen has made a huge tactical error in sharing how much she hates it when they say this to her so, obviously, they have doubled their efforts. While this isn't unusual for kids it is amplified by the DNA coming specifically from her side of the family tree. Once Jen and her sisters learned how much her mother hated monkeys they have never stopped getting her monkey-themed cards, wines, pictures, or anything else they can get their hands on.

Payback is coming hard for Jen. 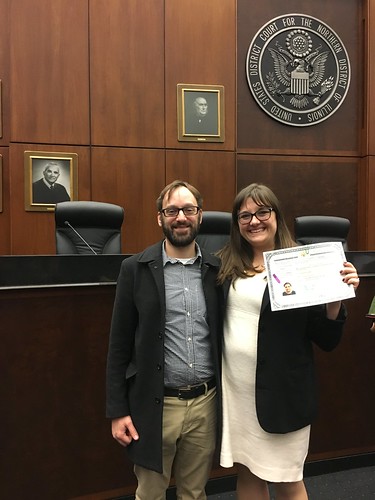 The following week Jen and I headed downtown for her to be sworn in as an American citizen. Personally, I think she's making a huge mistake. That being said, she is very excited to get to vote out of pure anger and rage.

We had to bid a sad farewell to our neighbors Mr. Tim and Ms. Anita. They have been absolutely the most perfect neighbors anyone could hope for and we will miss them dearly.

Elliott drew a card of his favorite memory with Mr. Tim. Of course that memory was of the day Tim came over with a giant box of their son's old toys and gave them to the boys. Elliott still gets choked up when he thinks about it but mostly because he knows it will never happen again. 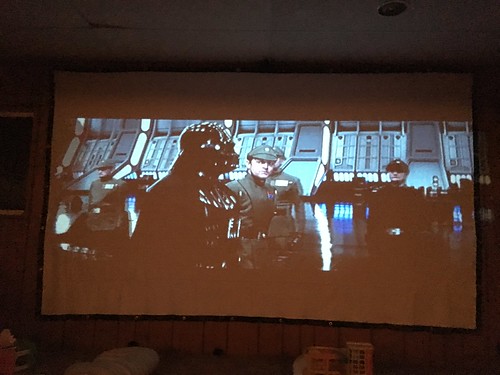 One night when Jen was out we had the inaugural movie night in the basement. The boys actually requested Return of the Jedi. I was more than happy to oblige.

The following day we surprised the kids by bringing them to a live show of the Wild Kratts. The kids were blown away by the show and spent the next few days reenacting scenes and dressing up in their costumes. I've got to say it was a pretty incredible show. I'm not really sure how those guys keep up their enthusiasm levels for ten minutes let alone for an entire live show. They definitely had complete control over the audience. It was like watching a band at the peak of their popularity play a stadium. The kids in the room were in awe. 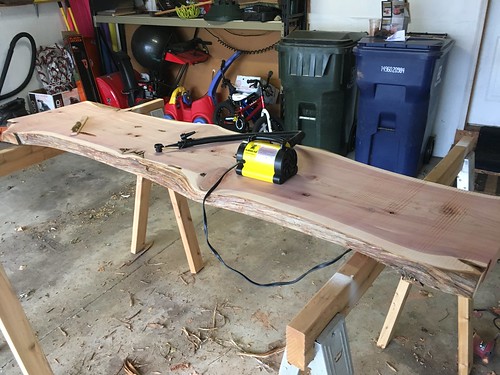 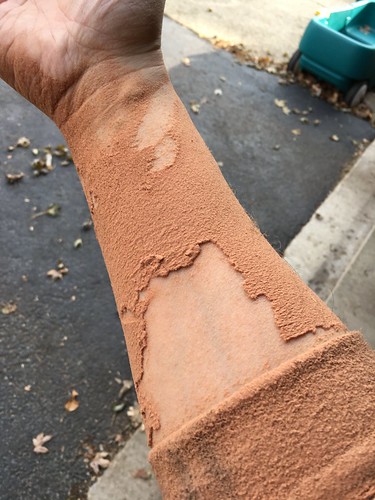 I also finally got to work on my charcuterie board project, something that is slow going. My complete lack of woodworking skill is certainly contributing to the pace of the project but my hopes are that it will still turn out okay.

This year marks the first time my work schedule has allowed me to go to the Thanksgiving feast at day care. Josie had a really fun time with us there and against all odds did not freak out when we didn't take her home with us after it was over. 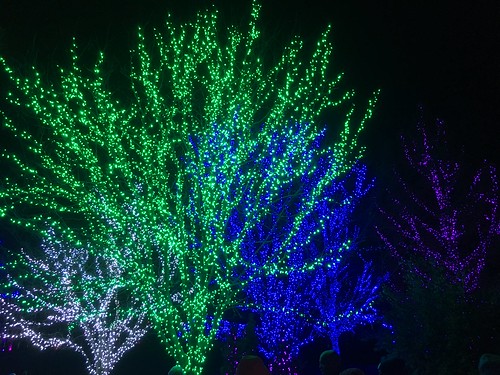 We also did our fifth year at the Illuminations at Morton Arboretum. We discovered the secret to doing this after five long, hard years at this event: have children that are five or older.

The boys did great. There was a brief period where they were unhappy about how hot their hot chocolate was but they walked the whole way, were up for viewing the entire display, and in very good spirits. Josephine, on the other hand, melted down about halfway through. It was better than the freezing cold year, and far better than the year it rained on us, but still not quite ideal for the under five set. Cousins Evelyn and Oliver were similarly cranky and it was understandable. It's a tough thing for a kid. When the final cousin is five years old it's going to be an amazing Illuminations experience.

We also did a family photo shoot. The kids did great but after a solid hour of pictures were pretty done but we rewarded them with lunch downtown. Cousins were sick so they weren't fully into it.

The sickness spread and Josie came down with hand, foot, and mouth for the second time. Third time? I don't know but with the kids we've gone through it about ten times now. Each time gets easier. Each time is still profoundly crappy.

Jen flew out for work and Josie spent a day with daddy decorating our new advent calendar tree which she is obsessed with. Also, we watched Frozen four times before the boys got home from school. Then one more time with them for good measure.

The cold never bothered me anyway.

Email ThisBlogThis!Share to TwitterShare to FacebookShare to Pinterest
Labels: Events, Film and TV, Home Improvement, kids, Under the weather