Jen commented that she referenced last year's blog entries and came to the conclusion that it hasn't rained any more this year than last year. Then they reported in the news that this past June was the wettest in recorded history. However, I don't know how scientific that study was as they didn't reference reading our blog at all.

I'll wait for more information before I make any judgments.

Father's Day was fairly forgiving as far as the rain went and we were able to spend a pretty nice day outside, grilling, and having a good time. 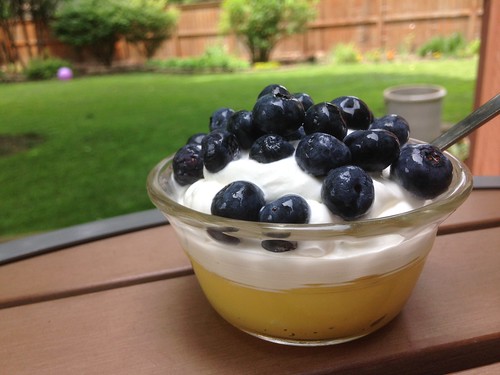 Jen's mum made me some lemon curd which I wasn't able to enjoy until the following week after spending most of the week working in the city. However, I was able to settle down and enjoy it one afternoon while the boys slept during a brief dry period on the deck. 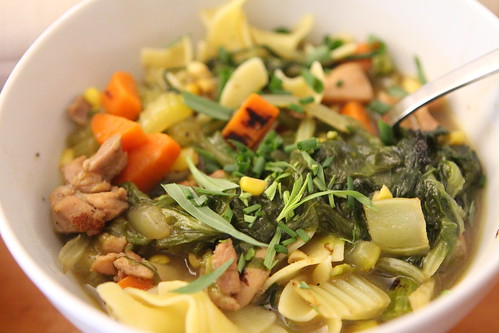 We began our most recent farm share as well, splitting it with Auntie Lauren and Uncle Doug, and I was able to throw together a summer vegetable stew which was pretty tasty, flavored with herbs from our garden. 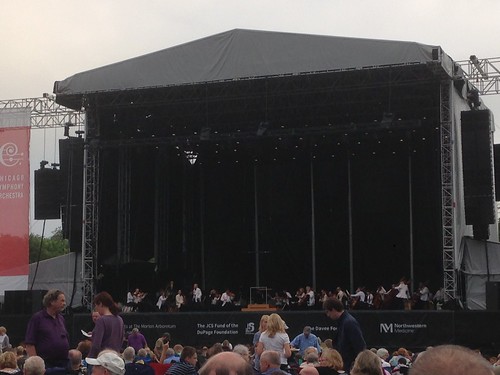 Jen's birthday followed on the heels of Father's Day and we were able to get to the Morton Arboretum for the second year in a row to watch the Chicago Symphony Orchestra. This year they were performing music from a series of movies about heroes. So we got to listen to the soundtrack from Star Wars, Airplane!, Batman, and Austin Powers among others. It was pretty rad.

Two days later we celebrated Jen's birthday dinner with a family dinner inside thanks to rain.

There were a few brief periods of rainlessness which the boys took advantage of by challenging Uncle Doug to sword fights.

This was a challenge they were quick to regret.

The following day Martin came home from day care with his eye looking a little swollen from a mosquito bite. A few weeks back his ankle had done the same thing.

Then, much like his ankle, the next day we gasped upon seeing him in the morning. He was a little scared at first but then quickly snapped out of it. Elliott, for unknown reasons, had a meltdown (maybe instead of his brother) while Martin calmly ate breakfast.

After picking him up from daycare his teachers told us that he was proudly bragging about his eye to anyone and everyone that would listen.


Then he had me help him climb a tree while he regaled me with tales of his swollen eye. 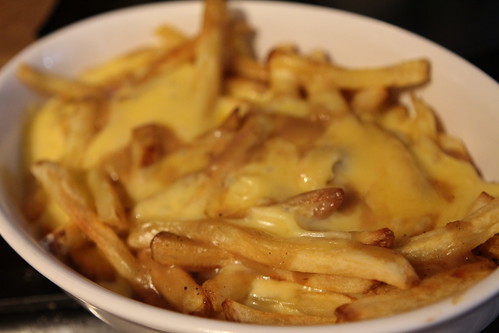 Yesterday we celebrated Canada Day with some grilled salmon burgers and some homemade poutine.

Now I have a couple of days off and we're trying to cram in all the Fourth of July festivities we can before I have to return to work on the fourth. Typically there are four hundred events in this area around July Fourth for all the people who don't have jobs that require them to work on weekends and holidays.