As spring finally begins showing itself with more regularity we have been taking advantage of some of the flavors of the season. At this rate we may get some good local corn by November. 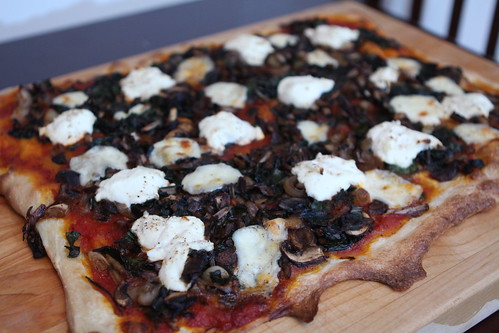 I got a hold of some nice ramps and made this pizza with garlic, ramps, mushrooms, and ricotta cheese. 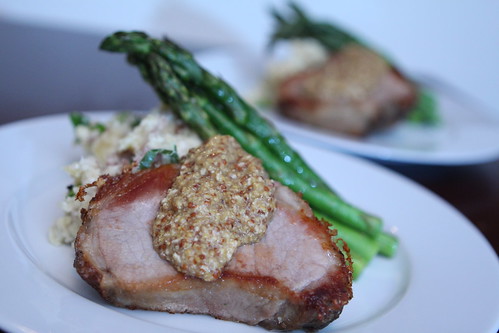 Grilling hasn't been easy lately with all the rain storms so I pan seared some pork loin and served it with roasted asparagus, mustard cream sauce, and bacon feta mashed potatoes. 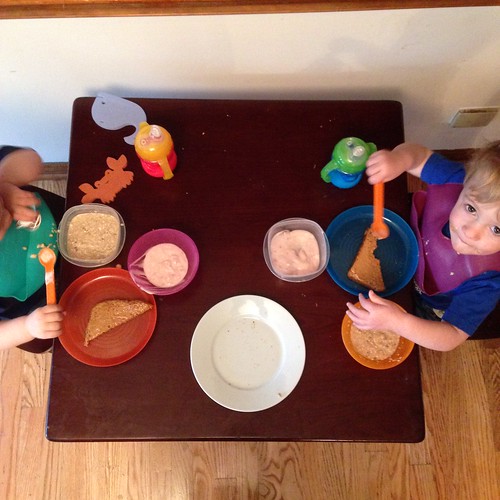 The boys have been a little needy at breakfast time. When they aren't demanding "Butter toast!" they just keep asking for new things until they have filled their breakfast table with a spread of various breakfast offerings.

Our walks home from day care have been filled with the identification of many cars, motorcycles, buses, trucks, and vans. Also, they have taken to demanding dandelions which they call "bubbles" given that they are pretty much identical.

Nothing beats the real deal however, except when the time comes to take the bubbles away and they degenerate into sobbing wretches. If you let them play with bubbles for ten minutes or ten hours the reaction is the same when they go away: total meltdown. 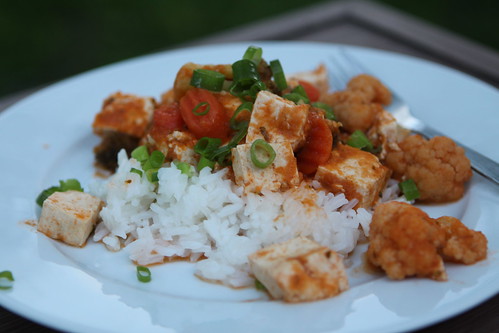 The other rainy night I made this butter tofu, a take on the Indian butter chicken dish. Mostly this is because we had tofu and did not have chicken. It turned out very nice.

After a huge thunder storm on Tuesday, the likes of which I have not witnessed in years, the boys had a blast coming home from day care and finding our planters completely full of water, and the source of an excellent new game.

Before bed, Martin recalled the thunder night with a little prompting from his mummy. The boys were very scared and were only comforted by mummy hugs before falling asleep in bed with her. This was only after yelling at the thunder to go away. 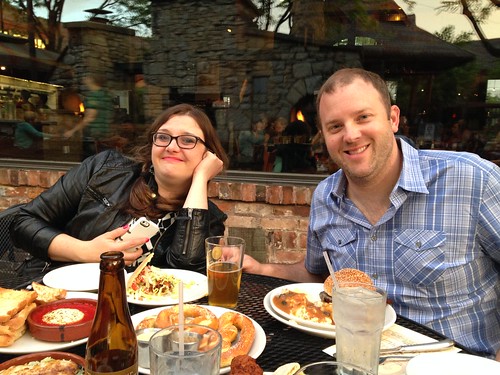 On Friday Uncle Jeff and Auntie Liza came in and we had deep dish pizza followed by a trip to Two Brothers Roundhouse on Saturday where we tore up their menu and beer list while listening to an awesome band called The Humble Organisms. I don't know if anyone else enjoyed their particular style but I certainly did.

The next morning we went to the airport once again to watch the planes take off. There were considerably fewer planes than on our last trip but Elliott enjoyed his time jumping off the table with Uncle Jeff so much that he barely noticed there were no planes taking off.

Afterward we went on a trip to the Riverwalk where the boys were having a good time until a Goose flapped their wings at them. Then it was all "No, no, Goose!" after that. 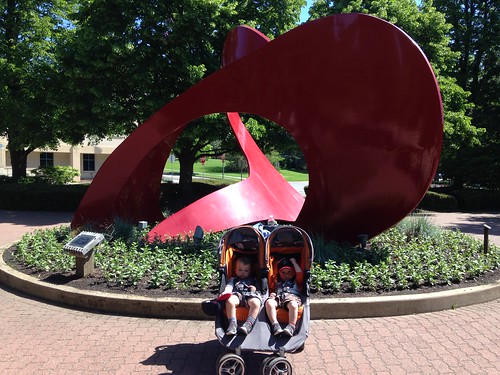 We took a picture of them being grumpy next to the modern art to recreate the photo from a year ago on our visit. 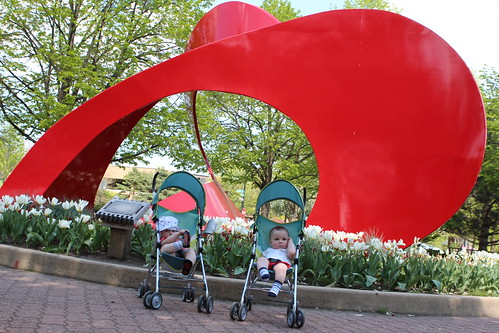 A little bigger now, but just as grumpy. 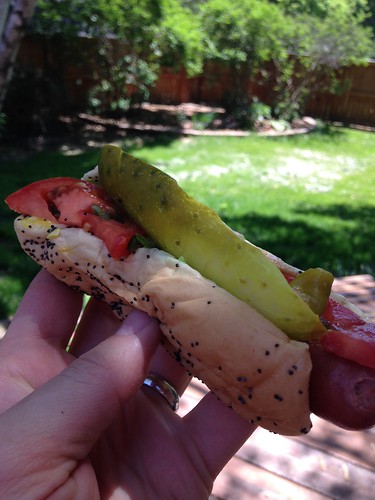 After that Jeff and I took a trip to Portillo's for an inadvisable pre-barbecue lunch as Jen and Liza got the boys to bed. While I would prefer a lunch a little lighter before a big barbecue it was hard to deny how delicious it was. This was actually my frist Chicago-style hot dog since moving here so I don't feel too bad about the decision.

When the boys awoke and family started coming over we enjoyed lots of grilled corn.

Much watermelon was also enjoyed. 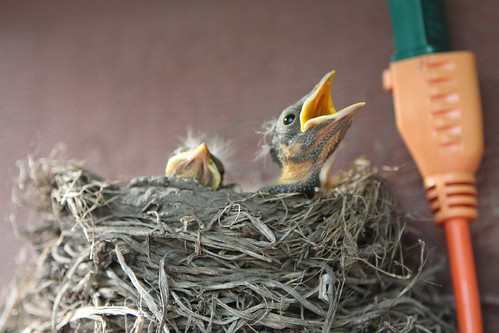 The only ones not eating was the newborn baby robins since all this activity was scaring away their parents.

Then Lauren, recovering from a stomach virus, received a nice kiss from Elliott. She claimed it was food poisoning. However, in the following forty-eight hours me, Elliott, and Jen would all develop symptoms of this stomach virus.

Martin has been free of symptoms so far. Fingers Crossed.

Gary's good friend Michel was in town and stopped by for the barbecue. He made a quick impression on Martin who demanded hugs before he went up to bed.

The following morning it was all about riding in the cozy coupes that Jeff and Liza had gotten them for their birthday the previous year.

Then it was a sad goodbye to Uncle Jeff and Auntie Liza. Hopefully they were impressed enough with us that they will visit again really soon. 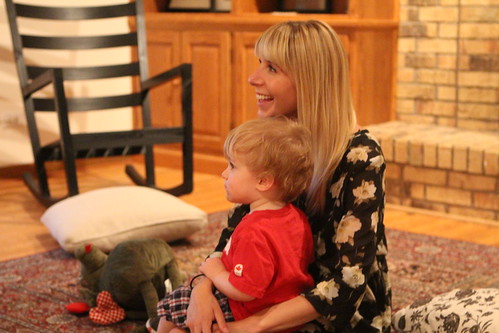 Later that night more friends stopped by! Lindsay, who they hadn't seen since their birthday party, stopped by to play and sing songs.

Her fellow musicians, Fendrick & Peck, also entertained the boys with an impromptu set list. Unlike when I play the guitar they didn't bum rush them, try to steal their picks, mute the strings with their hands, or rudely yell, "Bye bye, guitar!"

They must just be nicer to guests than to dear old dad.

Or perhaps, it had something to do with them being far better musicians than me.
Posted by Unknown at 2:48 PM