Thanksgiving came very quickly. Before long the day was upon us and we were spending a fun morning with the kids at home before heading out to dinner.

The boys got to wear the pajamas all day which is pretty much their goal every single day. The only difference is that we didn't have to have a battle with them about changing out of pajamas until about 3pm.

We watched the Macy's Thanksgiving Day parade together as a family. This is a television event that, quite frankly, I could do without. However it brings Jen much joy so we have watched it the past few years. Martin was pretty interested in it and asked a lot of questions. Elliott seemed to have as much use for it as his father. He kept asking, "Is it over yet? It just keeps going on and on and on!"

I hear ya, Buddy.

Thanksgiving was also the last day we attempted to put them down for a nap. It didn't work, despite how close we came as I could have also used a nap with them. We realized it's not worth the wasted time and aggravation any longer. Therefore, the afternoon nap, a thing of beauty for any parent, is now a thing of the past.

Dinner was something of a disaster. All children present had meltdowns at various times. All except Josie. Josie simply sat in her seat, smiled, and blew raspberries, her new favorite activity.

We actually went out on Black Friday. Not to get deals or anything, we went out around 3:00 in the afternoon to get a few Christmas decorations and the stores were mostly empty. Unfortunately the combination of the time of day and the recently departed naps lead to a toddler meltdown in the Star Wars aisle which was totally my fault.

Martin wanted us to buy some sort of coloring book and I wouldn't let him and it was getting pretty ugly by the checkout.

Then Jen spotted a free horse ride and acted quick to distract, saving the day.

Jen left for Austin after the weekend and I had the week off of work, partly to care for these rambunctious children. After day one things were pretty good. All children were passed out in various states, the boys enjoying their newly redecorated beds for Christmas. 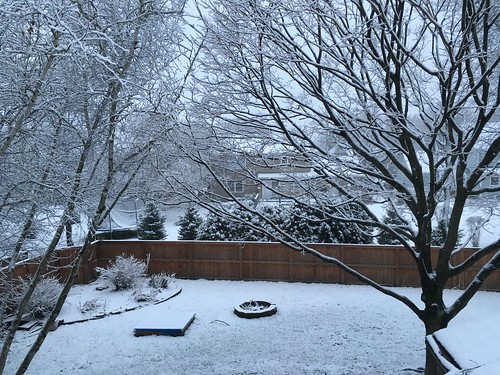 The following morning we got our second snowfall of the year causing the boys to ask if it was Christmas. 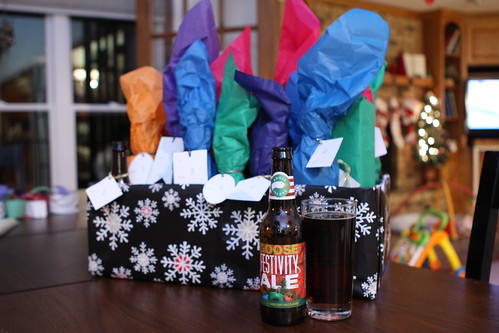 Jen left me with a fantastic gift as she left: a Beervent Calendar. She made this beautiful creation leaving me with a new beer every day. It may be the smartest gift anyone has ever gotten me.

On the last day before Mummy returned home I broke out some ninja costumes which endlessly entertained the boys through the afternoon. There was much battling, acrobatics, and quite a few unintentional injuries. Unintentional injuries are a daily occurrence anyway, this time they just happened while in costume.

We also received the delivery of a piano which was generously donated by a neighbor getting rid of theirs. This was great timing and I am hoping to put this instrument to good use as soon as it gets tuned.

Elliott took an interest in it right away and listened to me when I told him to play gently. He played each note, in reverse order, gently and deliberately. I was mostly expecting him to climb the piano then use it as a tactical advantafe for leaping on his brother so this impressed me greatly. 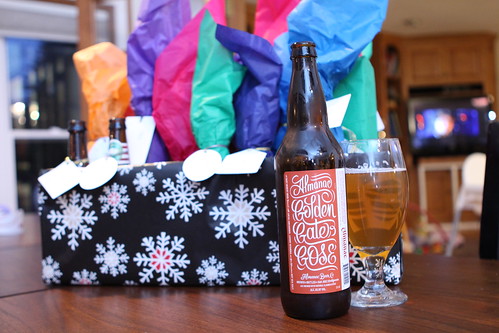 As Jen's plane landed and all the children were in bed I enjoyed my beervent calendar and a rare moment of silence in the house.

Here's to hoping this little lady sleeps through the night. She will be extra happy to see her mother as she has been pretty spoiled and does not enjoy drinking out of a bottle at all. She'll do it, but she'll make sure you know she doesn't like it.

Last night she refused to eat from a bottle but did eat an entire banana, half an avocado, and a bowl of rice cereal. I'm sure she'd have eaten more if I would have prepared more but I was starting to run out of ideas. She easily ate three times what her brothers ate by volume for dinner.

Of course she hasn't figured out how to lobby for dessert after three bites yet. That will come in time.
Posted by Unknown at 11:25 PM