There have been major changes in the last week. 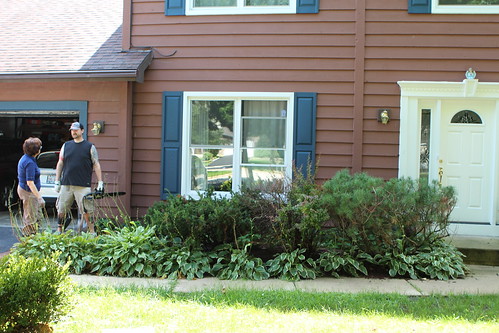 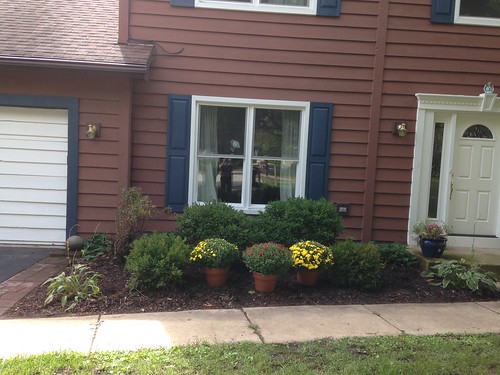 Our bushes (which actually were transplanted on the same day without an "after" pic) have been accentuated with some delightful mums. They show off the colors of the season even though it's been in the 80s and it's taken about $50 worth of water daily to keep them alive.


The end of September kicked off with some Halloween-themed books such as this one, narrated by Elliott, the heir apparent to Vincent Price.


The boys have taken an enormous, and sudden, interest in Blues music. After dabbling in the Bach's Brandenburg Concertos they have traveled through the centuries to land on the late work of Albert King and Stevie Ray Vaughn. Their grandfathers will be very happy to hear this.

On Monday we started them off in their big boy beds. While they didn't sleep the entire night they did make it through the night the following evening. Getting them to bed was something I didn't think could possibly get any harder (read: worse) but apparently I was mistaken. Hopefully this will become a little less painful with time. We have child-proofing tools in place so that it doesn't become the horror that poor Norwegian mother had to deal with. 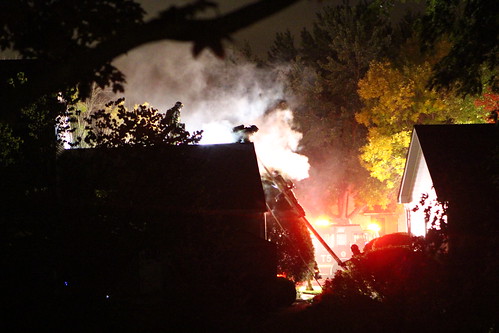 Later the same night, when I returned home from work, I was dismayed to find my neighbor's house on fire. This is taken from our back yard. Thankfully no one was hurt and, despite at least four fire engines, the damage to the house seems minimal from the outside. 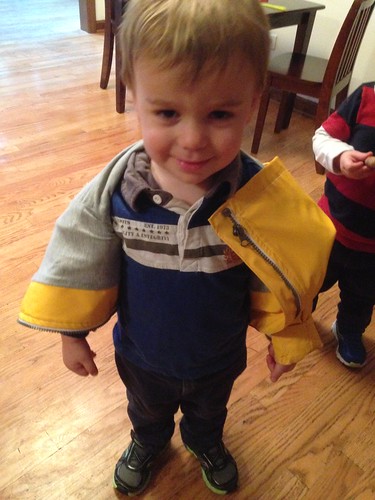 Elliott's independence grows daily. He and his brother want to do everything "BY MYSEEEELF!" The thing is that they really, really stink at doing most things. This means instead of it taken four seconds to put on their pajamas it can sometimes take up to fifteen minutes. That's fifteen minutes of precious time that I'm not really willing to give up at this very moment.

The picture of him beaming above is because he put on his rain coat all by himself. Who knew that the hood should ideally be positioned directly by the wearer's buttocks?

I can only imagine what getting them into their Halloween costumes will be like this year.
Posted by Unknown at 3:51 PM