The best part of kids is that they start doing weird things all the time. Constantly they start doing and saying things and you have no idea where it has come from or what inspired them to do it.


Recently Elliott has taken to saying, "Oh no, Dude!" He says this usually when laughing and mostly when he's cracking up. I'm pretty sure Jen and I haven't said this. So where did it come from? Are people saying this at day care? If so, then why does Martin not say it at all? No one may ever solve this mystery but it's hilarious so who cares? 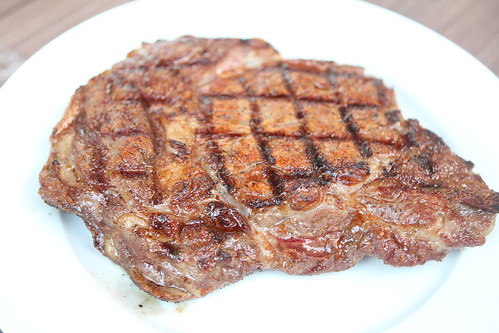 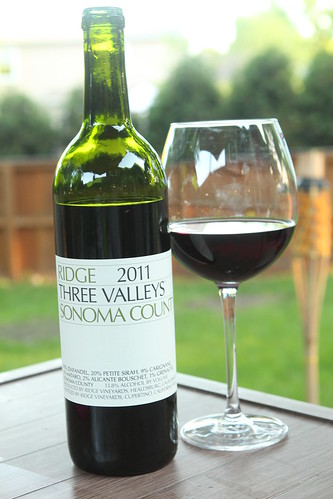 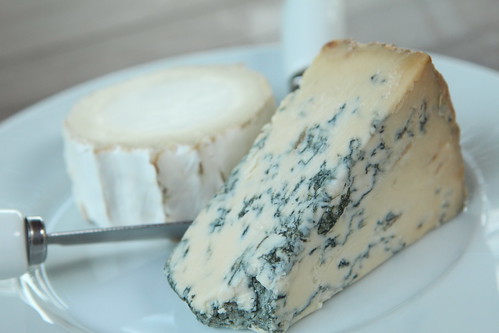 Since the boys have lately (mostly) been getting to sleep with little incident we've been able to enjoy some slightly earlier and nicer dinners. Recently we got to crack open a nice bottle of wine and even have some cheese and grilled ribeye out on the deck. This would have been a five-day-a-week dinner before children. 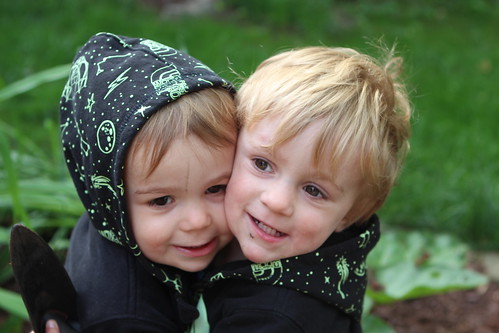 They've taken to gardening and have also been enjoying many more unsolicited hugs than in the past.

Each night Jen picks the strawberries which grow along the front of our house and share some with the boys.

Then they put them in a giant container and they fight over control of the container. 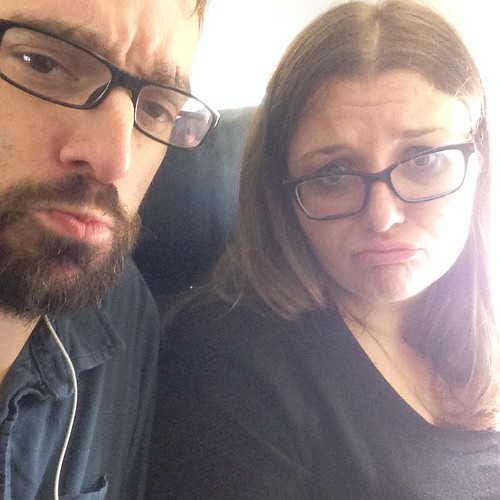 Last weekend we woke up super early and got to the airport to take a 6:45 AM flight to New York to celebrate the wedding of our good friends Joe and Ryan. When we got to the airport the flight had been canceled and they'd stealthily changed the flight time from AM to PM resulting in a minor panic that we'd actually purchased the wrong tickets. After several frustrating calls we were re-booked to a flight about six hours later which meant we got to go back home, sleep for two hours, then drive back to the airport and get into New York (now New Jersey) six hours later than we'd planned. This, sadly, meant no time to do anything or see anyone we had plans with.

American Airlines cited weather as the reason for the flight being canceled. It was a little cloudy and apparently the weather that was so dangerous as to cancel our flight didn't so much as delay the flight to LaGuardia that arrived 20 minutes after ours was scheduled to. 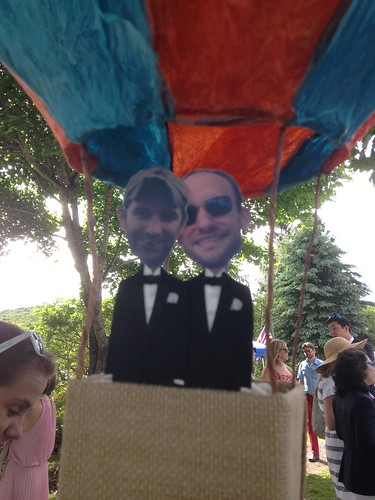 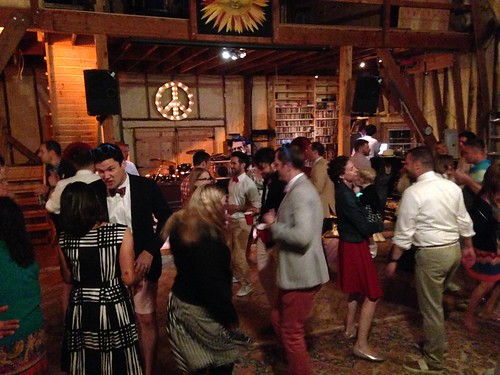 Eventually we did arrive, got to keep our dinner plans with our friends in New Jersey, then head out to the wedding in the Catskills the next morning. 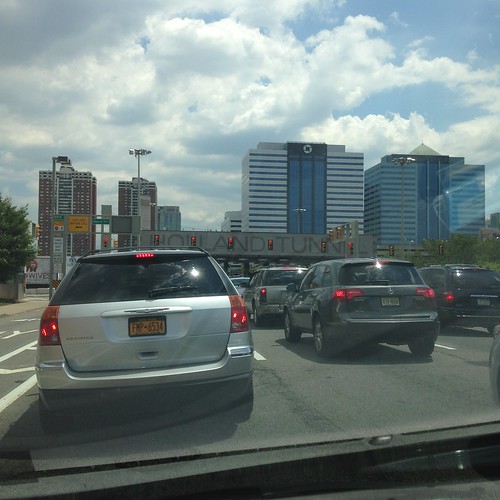 Then, the next morning, there was the terrible drive back to the airport. All the nostalgia and homesickness we felt at the wedding and driving through upstate New York was quickly erased by the horrors and misery of New York/New Jersey traffic. 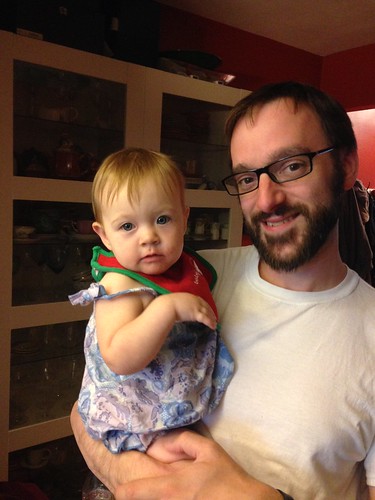 Thanks to the traffic our planned two hour lunch with Paul and Caolan and Baby Jane changed to about twenty minutes of getting to snuggle Jane and feed her a few strawberries before dashing out to LaGuardia and flying back home.

This would have been entirely unsatisfying if it weren't for Jane's cuteness and the fact that she created a funny little dance to celebrate the brief meeting.


Back home, aside from our house being entirely infested with houseflies, all was well. Martin had continued to work on his puppet show act and show us his new routine. 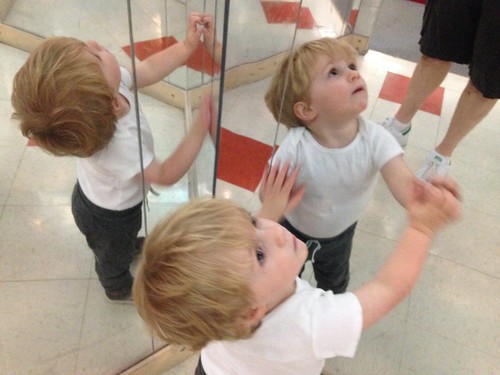 The next day we took the boys to the Children's museum in the morning where they had a great time.

This was followed by a trip to the restaurant for lunch where Jen got to sit and have lunch with Martin and I had to chase Elliott all over the dining room. They also discovered that the waitress was the source of food so they took to yelling, "Lady! More chocolate milk!"

I think their age and charm will only get them by a little longer with manners like that. 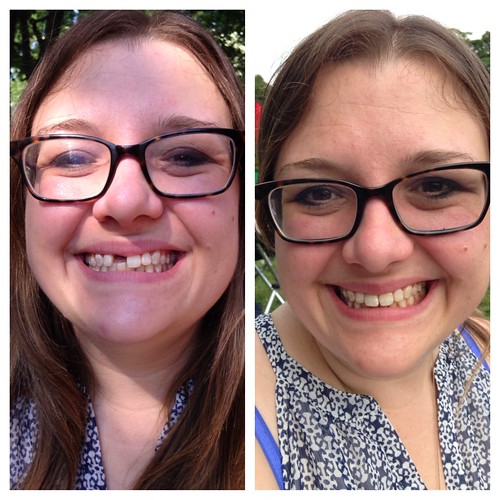 Jen left mid morning on Friday, her birthday, to go to the dentist. Most people would not consider this a treat but since the trip was the final appointment in the two-year saga of having her dental implant finished she was pretty excited. And now that Elliott's head is a little more stable he probably won't knock it out again. Unless he kicks her in the mouth while he's sleeping which is entirely possible. 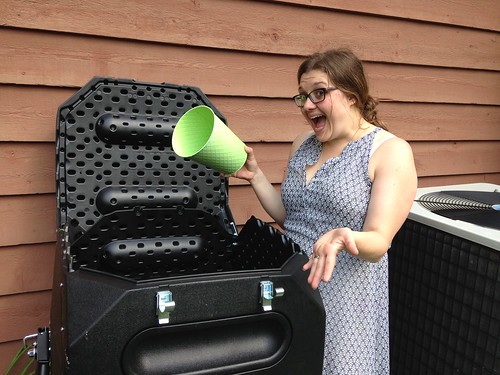 While Jen was at the dentist I assembled the horrible new composter we got, another thrill for Jen. Apparently only terrible things make her happy on her birthday. 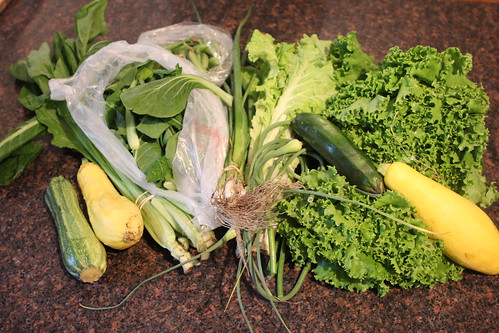 We also got to pick up the second week of our new farm share from Green Earth Institute. We missed week one as we were in New York but we'd probably be overflowing with lettuce if we had picked it up. 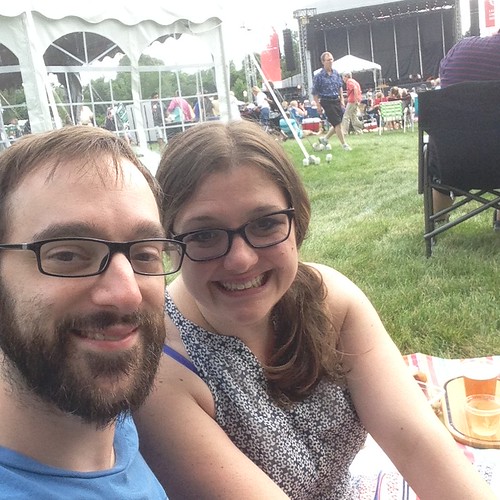 We did have some fun by watching the Chicago Symphony Orchestra perform at the Morton Arboretum and having a picnic dinner, some of Jen's favorite things to do. 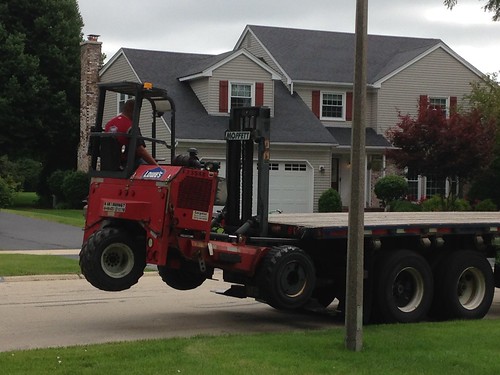 Sunday morning a giant truck arrived. The boys ran out to the front yard to check it out and this quickly became the best morning they ever had as they got to watcha man lower a little truck off the back of a big truck and then move around some pallets of mulch. They yelled, "More!" after he was done but, sadly, our neighbors had not ordered any more.

After this excitement, chatting with our new neighbors and looking at the tree that had fallen in their yard earlier that morning, we took off to the beach downtown. It was the reverse of their swim lessons. Elliott was a little more timid about approaching the water but soon they were both having a blast. 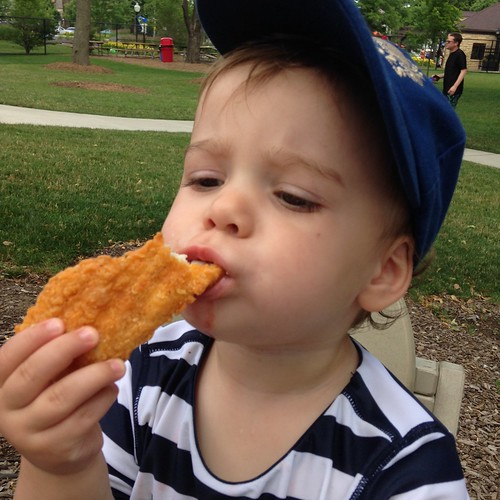 Then we enjoyed some lunch at the snack bar and headed home. 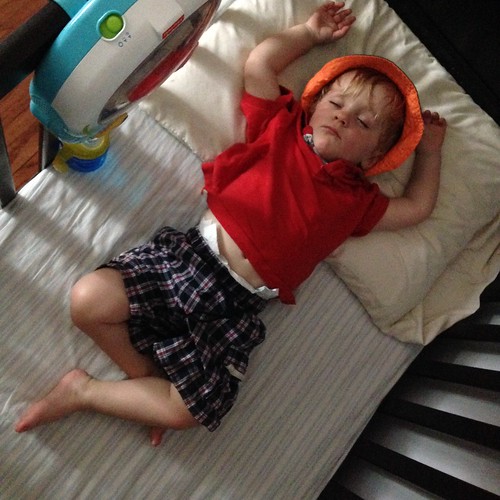 They fell asleep three minutes into our car ride home then slept pretty solidly after that. Elliott put up a fight a little later but Jen was able to get him to sleep on our bed.

After the nap Grandma came over with some flowers for Jen which Elliott took great joy in helping her move to the back yard. 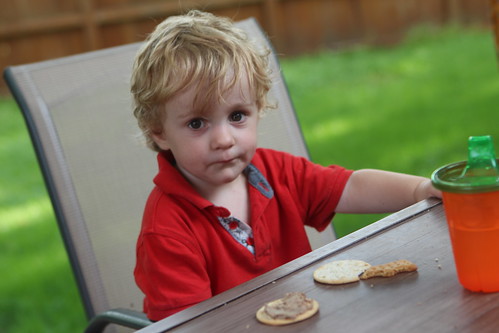 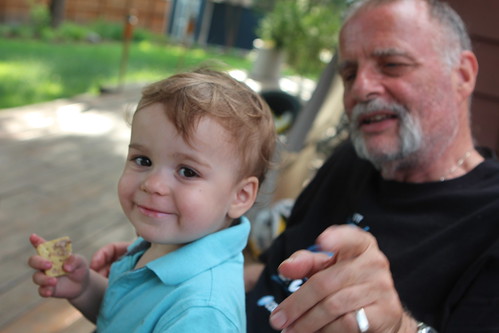 Grandma and Grandad came over for dinner and we had a late celebration of Jen's birthday. 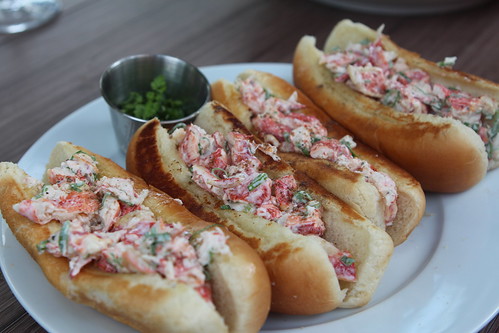 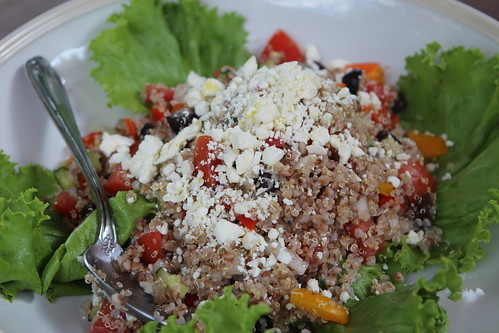 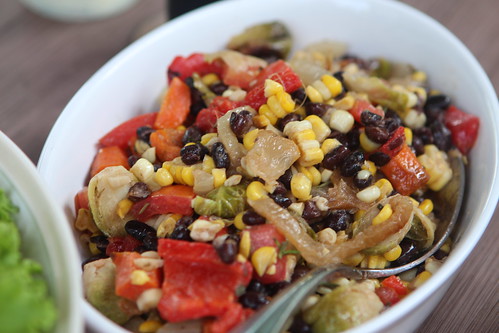 Pretty much everything for dinner was made by Jen's parents, I simply put together some lobster rolls. While wrangling these lunatic monkey men that is just my speed. 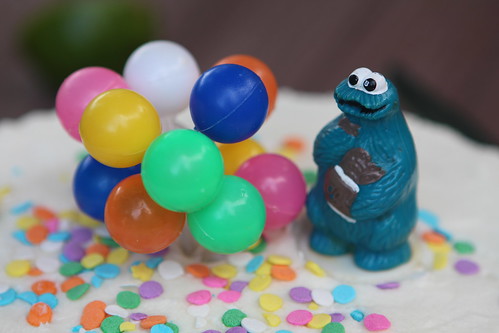 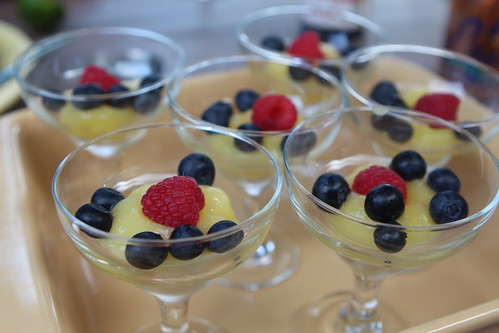 There was a terrific lightning and thunder storm overnight which kept the guys up for a lot of the wee hours. We all slept in this morning after Jen left for work and since we'd slept in so late I gave them some French toast to eat in the stroller on the walk to day care.

The next birthday that comes up will be theirs. This may be the last time they are really not aware of that so it makes present buying a snap. I'm guessing things will get a little trickier when we can't hide their presents in plain sight.

I'm guessing a lot of things will get trickier as well.
Posted by Unknown at 2:11 PM