Last weekend began with a walk around the neighborhood on a beautiful day. We met up with two of the local kids in the neighborhood who immediately commandeered the boys and let them play with all their toys.

Both Martin and Elliott were a little apprehensive about this new arrangement, wondering if there was some catch. However, after being allowed to play in a super-cool plane they were willing to let their reservations go. 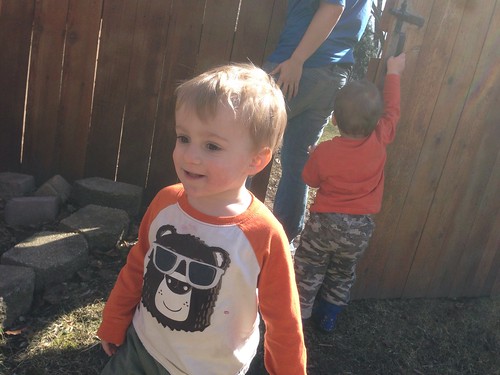 Auntie Lisa also came to visit and she helped them explore the backyard.

They went into the shed for the first time where they were more entertained by the box for the lawnmower than I would have expected. 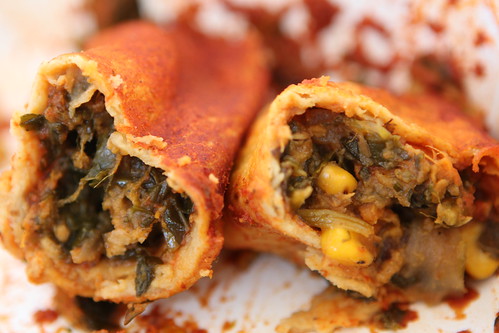 I made vegan sweet potato, roasted corn, and kale enchiladas for dinner. 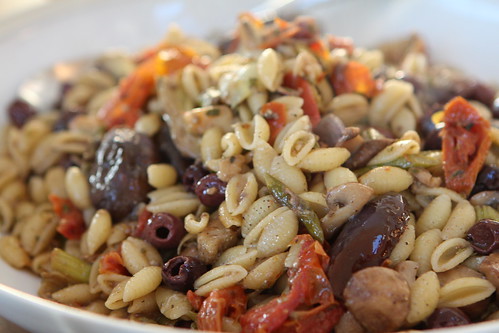 Also, I made a Mediterranean pasta for Jen's mum which is her most often requested dish. 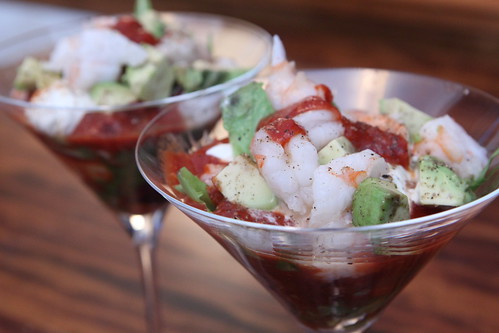 I broke with the healthy eating for a brief spell by making this shrimp and avocado appetizer with sour cream and cocktail sauce after Lisa left. 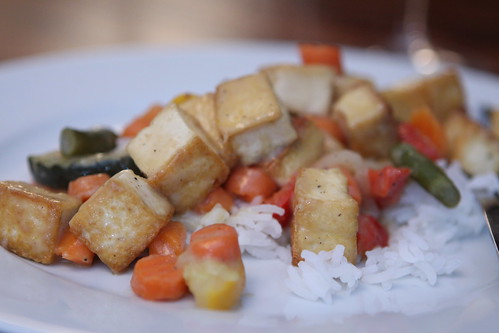 But I did follow up with this vegan lemongrass tofu which came out pretty well.

Lisa managed to find a rusty saw in the grass in our backyard. It was thrown away before I could take any photos. However, as I continue to explore I have been able to find quite a few new treasures. 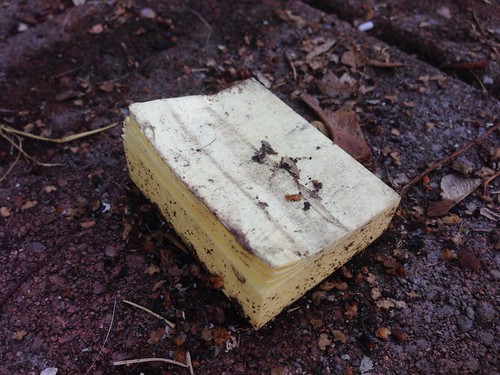 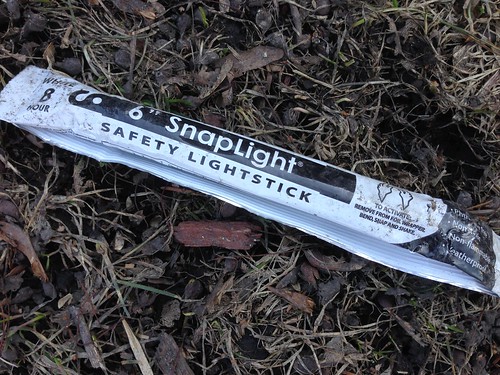 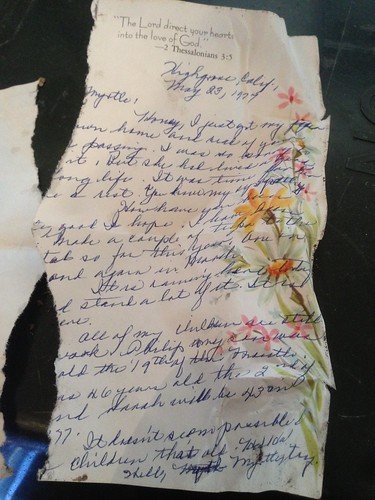 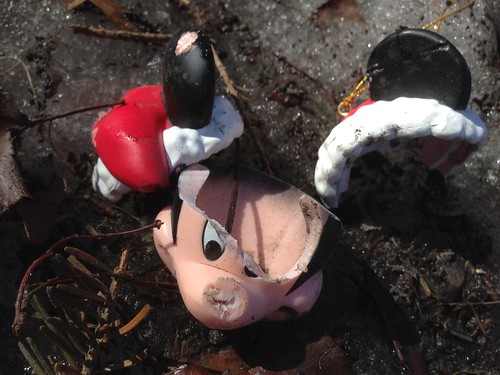 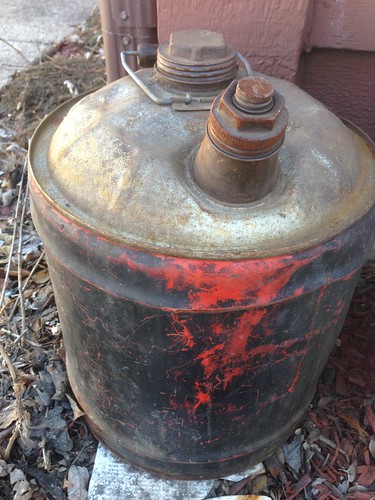 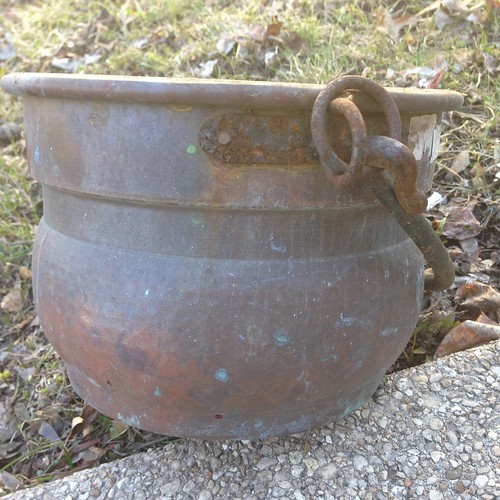 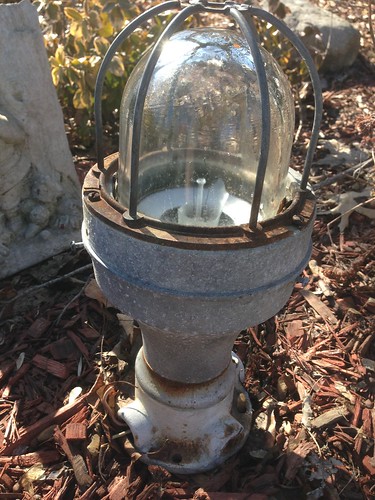 . . . some sort of steampunk lamp that sort of looks like the time machine Trunks uses to travel back in time . . . 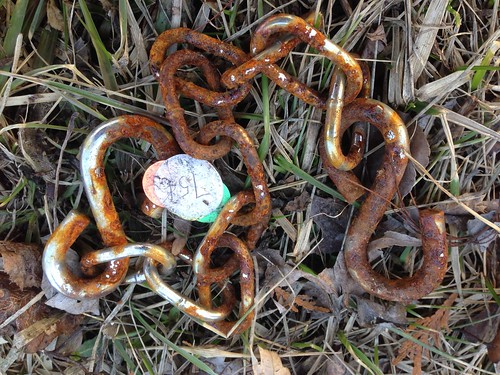 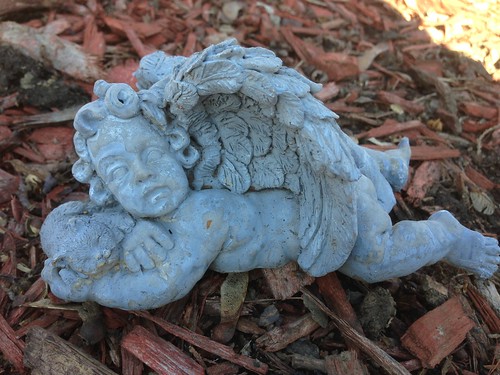 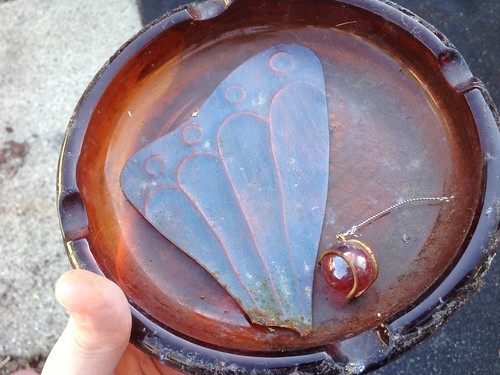 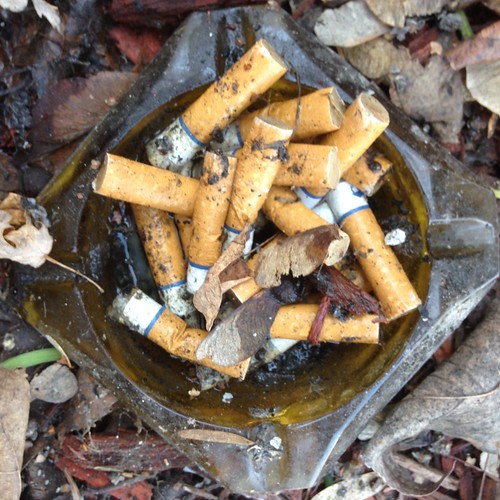 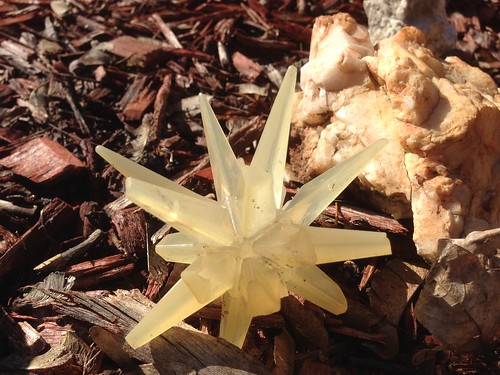 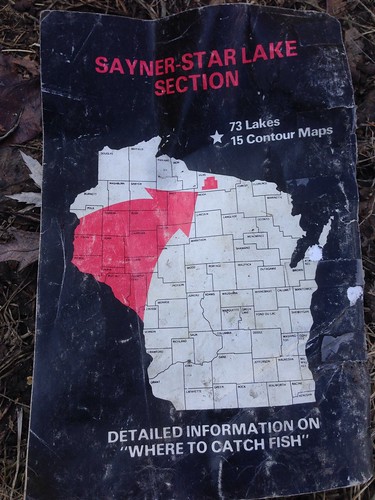 The boys developed a pretty nasty diaper rash so this lead to 30-minute air out times for Elliott. He was crankier about this than I would have expected and he mostly ran around in protest while his brother played.

Elliott channeled his rage into the energy to develop some serious climbing skills. 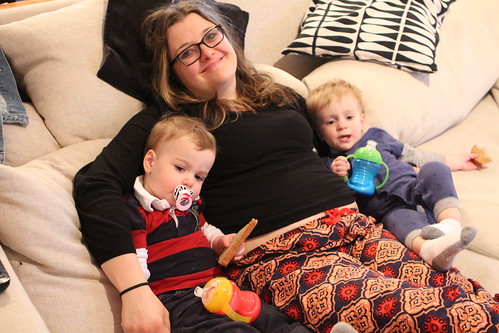 By Wednesday night everyone in the family became ill except me. 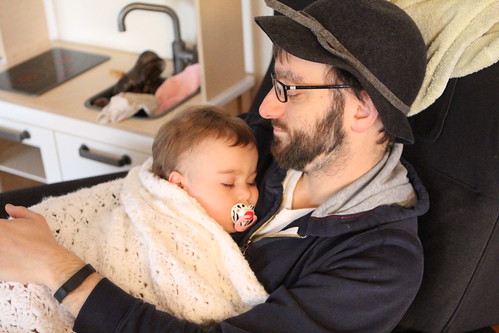 You know the boys are ill when all they want to do is lie around and snuggle. Elliott just wanted to hug and snuggle after he found a hat in the closet and put it on my head. 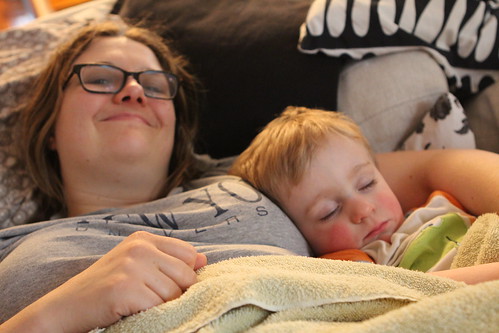 Martin was also pretty sedentary for most of Thursday and Friday.

By Friday we were able to convince them to go outside just to get a little fresh air. This only lasted about five minutes and ended with them fussily re-entering our home.

On Friday morning Martin was in worse shape while Elliott was starting to feel better. Their ear infections were getting better but he was sluggish. The only thing that made him happy was holding this bag of graham crackers but not necessarily eating them. He held them during nap time and at hight. 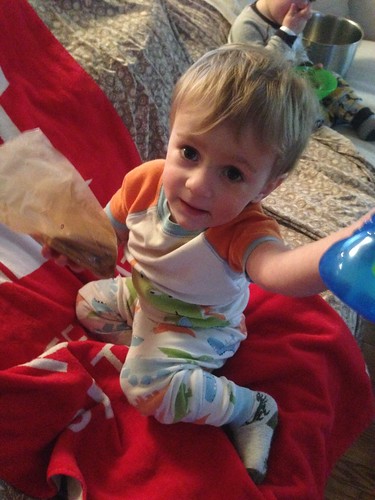 He held them while watching TV.

He even held them while just looking miserable on the couch. He held this exact pose for almost two hours on Friday.

Martin took a brief break to use this old iPhone. He actually pulled it out and immediately pulled up the stock chart for Zillow. Apparently has made some investment in the online realtor site. His investment can't be doing too well since I'm sure traffic has dropped dramatically since we purchased our house.

Elliott took a few minutes to work alongside mummy as I ran to the store quickly to get some groceries for the sick bunch.

Despite everyone's sickness Evelyn and Auntie Lauren came over for dinner on Thursday. 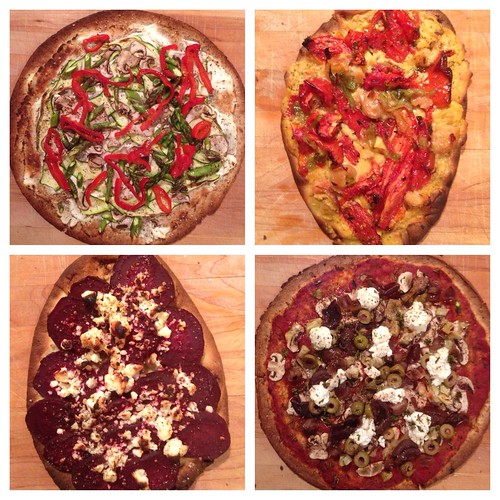 I used all the ingredients I had in the fridge to just crank out an assortment of pizzas for everyone. 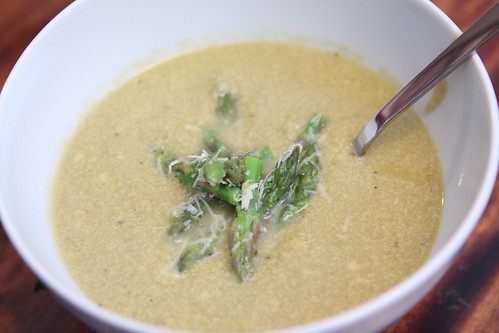 The following night I made asparagus soup with aged cheddar. I topped it with a small salad made of asparagus tips, lemon zest, lemon juice, olive oil, salt, pepper, and Parmigiano-Reggiano. 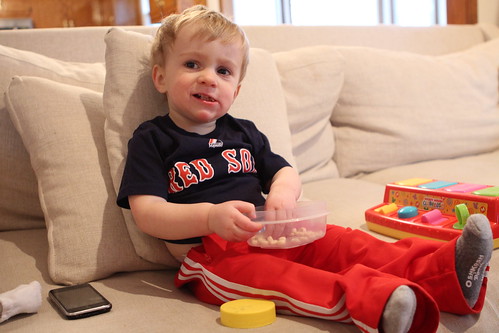 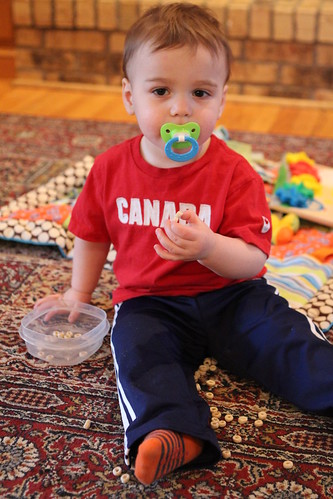 On Saturday morning the boys relived my favorite childhood memory by watching Spider-Man and his Amazing Friends. This was my favorite part of any Saturday morning as a kid and I think I'm bringing this tradition back. I even had a friend who quite cub scouts because it interrupted his viewing of this very show.

While I loved cub scouts I remember completely understanding his decision.

We took a walk on Saturday to Grandma and Grandads for pancakes where Martin could not be parted with his favorite stuffed duck. He also was obsessed with telling me how there was a ceiling fan in their gazebo. I swear there was no way to see it from where he was standing which can only mean that it left such a lasting impression on him the last time he saw it in September that he's been thinking about it ever since.

After breakfast we went on a wagon ride where I got to get a great picture of Evelyn and Martin and perhaps the funniest expression I've ever seen Elliott make.

They were not happy about having to leave Grandma and Grandad's and Martin showed his displeasure by insisting I carry him the entire way home.

This is the peril of using the wagon.

On Sunday morning they wanted to snuggle in bed with us for quite some time before going about our day.

Elliott decided to play the pillow game whereby he leaves himself vulnerable and I drop a pillow on his head. This doesn't sound like fun but his reaction to this seemingly annoying practice suggested otherwise.

We then made the ill-fated decision to walk down to a park by our house that neither of us had ever been to before. We then took this picture to add to our series of pictures of the guys looking incredibly grumpy in front of specific landmarks.

Since we took a five mile walk we were quite tired out when we got home but the boys weren't tired at all. This resulted in no afternoon naps and an extremely fussy late afternoon.

Luckily the distraction of going to Auntie Lauren and Uncle Doug's for dinner took their mind off their crankiness and they got to play catch with the dogs. While they were pretty pissed about leaving Martin fell asleep on the way home after some fussing and it made for a pretty easy bedtime.

With the warmer days on us one can only hope that this past extended weekend marks the end or the major day care sickness season and grants us passage in the the much more illness-free realm of summer. I made it through this one unscathed.

I'm pretty sure I have just guaranteed myself a rapid onset illness. Excellent!

Email ThisBlogThis!Share to TwitterShare to FacebookShare to Pinterest
Labels: family, Film and TV, food, kids, Under the weather