Last week we all went to see the Blackhawks play the Carolina Hurricanes. 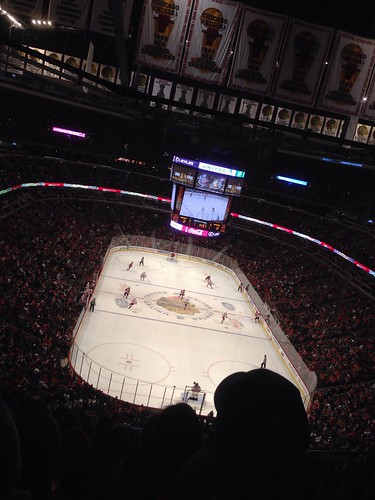 Despite the fact that the Hurricanes are essentially the old Hartford Whalers, I still rooted for the Blackhawks and was delighted to see them win. 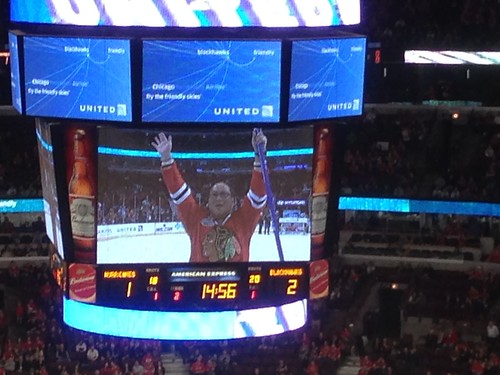 Not half as delighted as I was by the surprise appearance by Iron Chef Morimoto. This was potentially the most randomn and unexpected treat I could have possibly asked for making it the best Valentine's Day gift I could ask for. 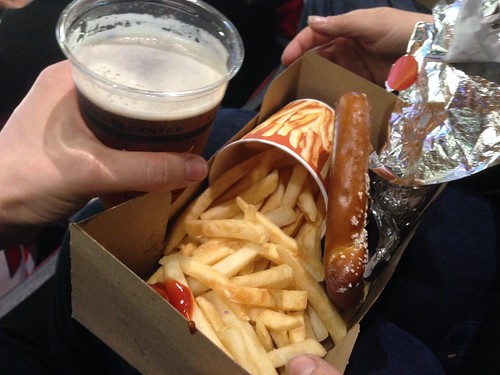 In trying to keep with our new healthy eating initiative we attempted to have the most healthy dinner available to us at the United Center. This is what we came up with. 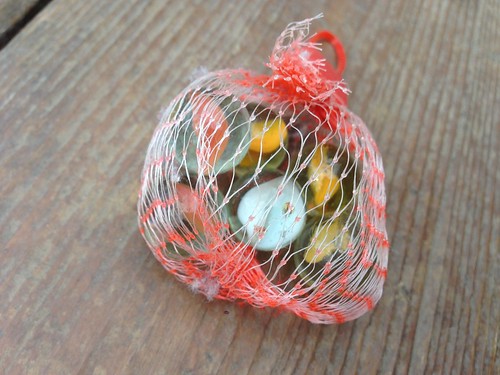 As the snow began to really melt recently I've been out in the yard, assessing its condition, and finding many strange things there. Like this bag of marbles . . . 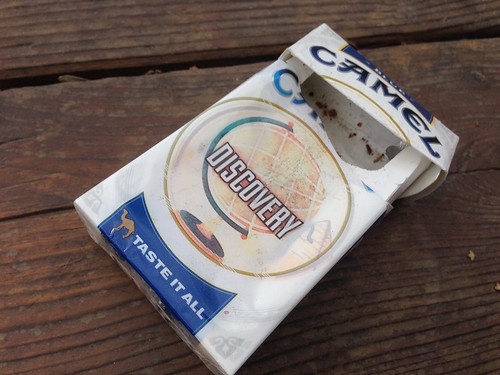 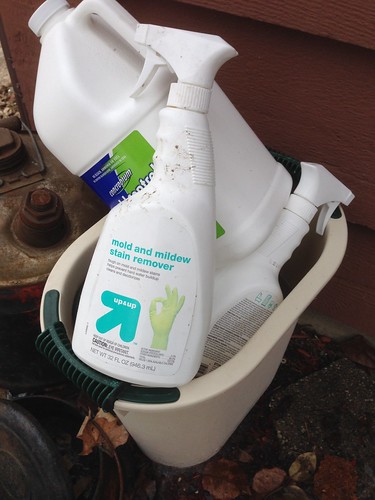 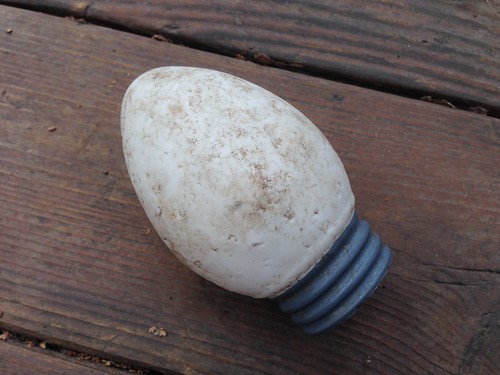 . . . a wide range of dog toys, including this one that is apparently designed to teach your dog that it is a good idea to chew on a light bulb . . . 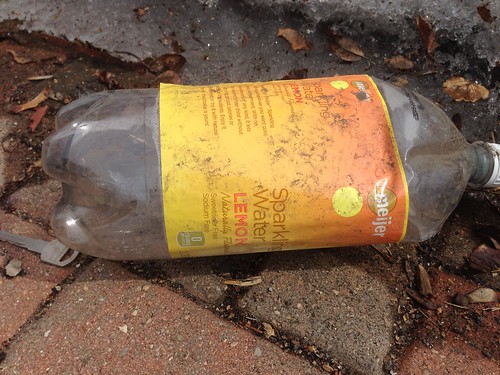 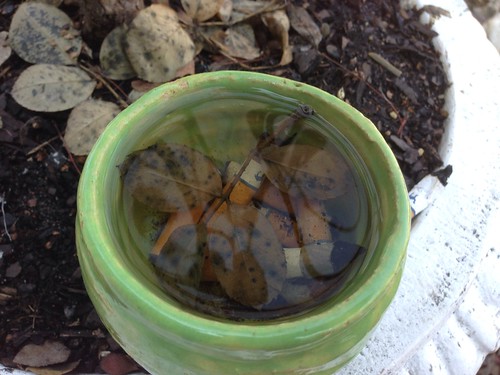 . . . a disgusting bowl filled with soggy cigarette butts that makes me feel slightly nauseated to look at . . . 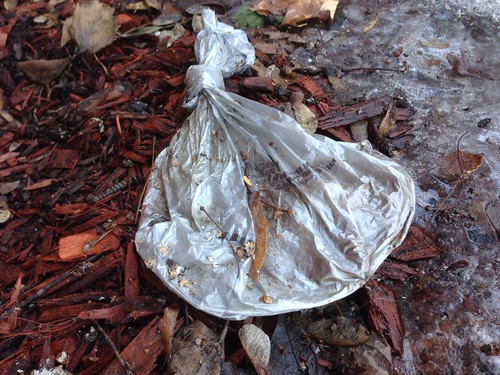 . . . and numerous baggies of dog poop. While less disgusting than the cigarette butts I have my suspicions that these may be late Christmas gifts from my in-laws who are under the mistaken impression that when you have a bag of dog poop the proper thing to do with it is to toss it on the ground on the side of the garage. I was informed of this by my wife who also foolishly falls prey to this miscarriage of etiquette and falsely believes that this is acceptable behavior for a human being. 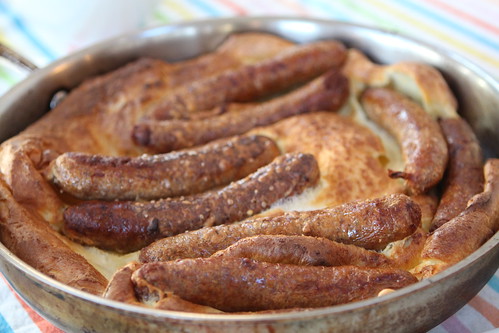 To repay my in-laws (potentially) for their poop presents I decided to make them their requested birthday dinners. For my father-in-law: Toad in the Hole. Through much research I learned what this dish was, how to make it, and that it apparently can only be made properly with a good quality Cumberland sausage. 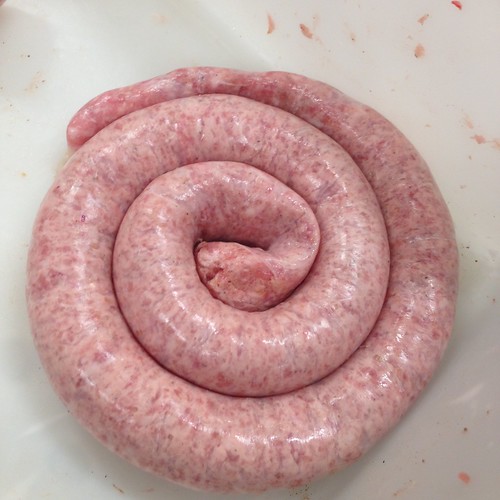 Since we are in America this sausage is not easy to come by so I found a recipe from an esteemed Cumbrian sausage maker and made it myself. It was only later that I would speak with my father-in-law to discover that he had never heard of Cumberland sausage. 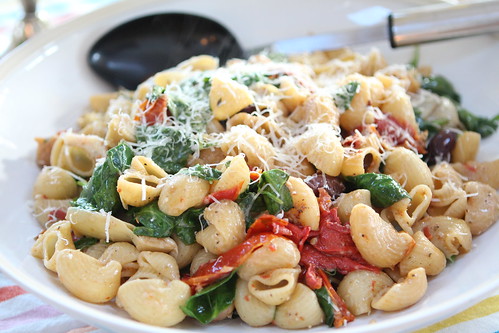 For my mother-in-law: this Mediterranean pasta, her all time favorite. This is convenient since it is basically the easiest thing in the world to make. 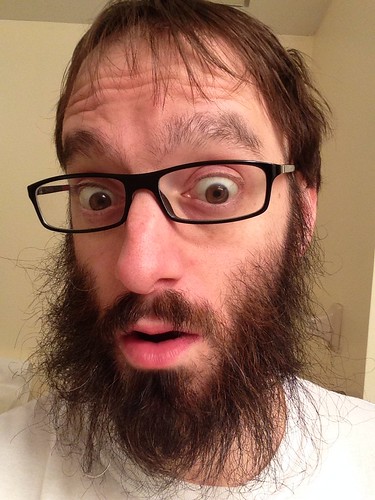 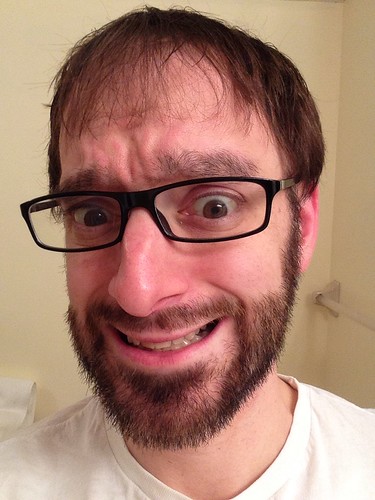 On the first day of spring I took the opportunity to trim my winter beard which had become out of control. The compliments (most of them backhanded) which followed leads me to believe I probably should have trimmed up a little sooner. Beardless people do not understand the underlying psychology and the mental games the bearded play with themselves. It was me against the winter and I won! 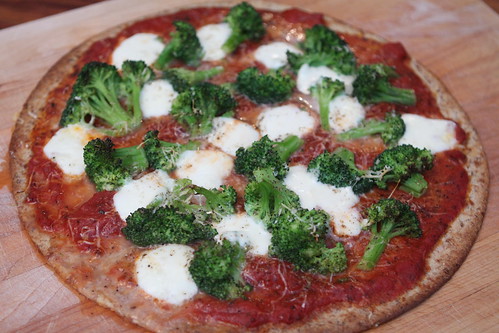 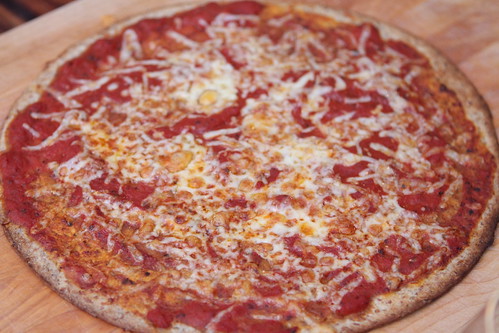 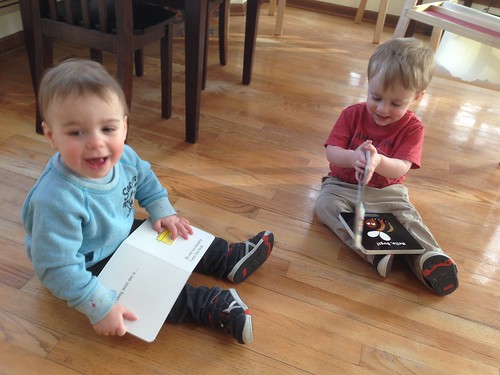 On Wednesday when I picked them up from day care they were as happy as could be. Despite runny noses they were as pleased as punch. We had such a fun time playing around, reading books, and then eating dinner. 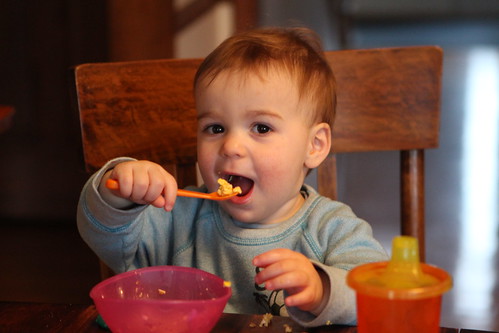 Elliott had three helpings of scrambled eggs despite eating virtually nothing for the past few days. 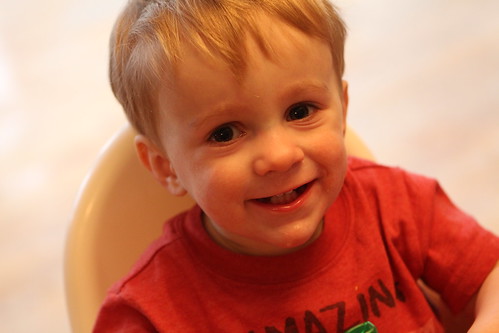 Martin ate slightly less but asked to be put in his high chair to play alongside his brother.

All was right with the world. 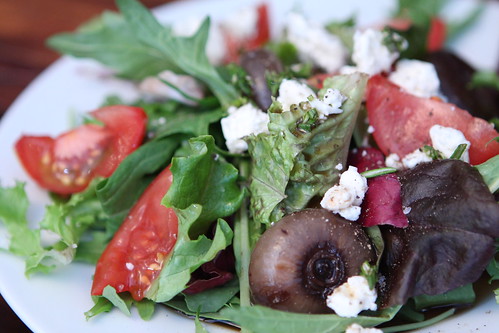 After getting them to bed without a peep I made dinner, starting with this salad made with balsamic roasted onions, feta, and Campari tomatoes. 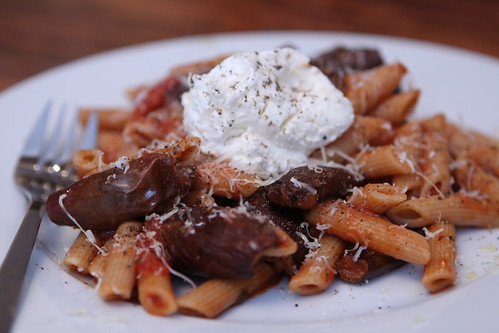 For the main course I made whole wheat penne with oil-free pasta sauce, roasted baby eggplant, ricotta and Parmigiano-Reggiano. 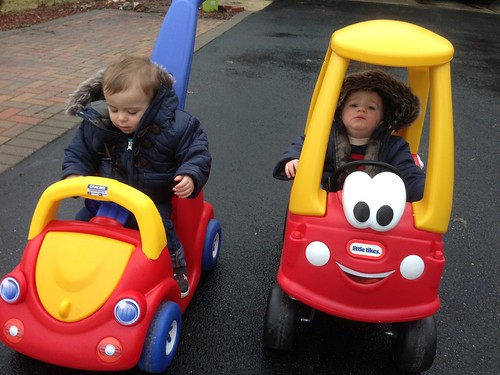 The following night was a little bit of a nightmare. The boys freaked out the second we came inside. The night before I had opened the door to the garage, allowed them to explore it for twenty seconds, then they came inside and were happy. That trick did not work last night and they freaked out until I caved and allowed them to ride in their Cozy Coupes. It was in the 40s, so not prime weather for such activities. I did a few laps around the block and tried to end the trip three times, they flipped out each time. After half an hour I had to get them inside to feed them and the thirty minute ride around the block had done nothing to satiate their Cozy Coupe needs. 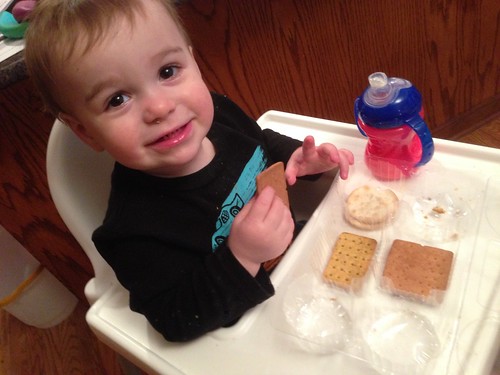 The only thing that calmed them, though temporarily, was giving them a box of crackers that they wanted. I was so beaten down by that point that I just allowed them to crush the box and take bites out of each cracker then returning them to the box.

That, my friends, is effective parenting. 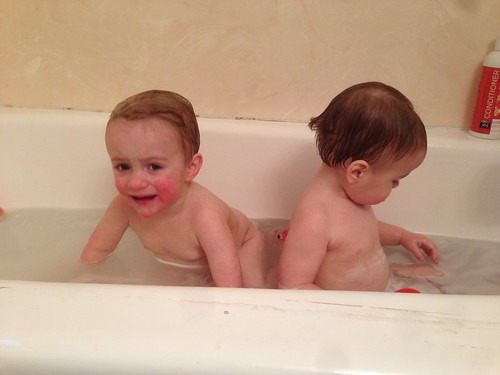 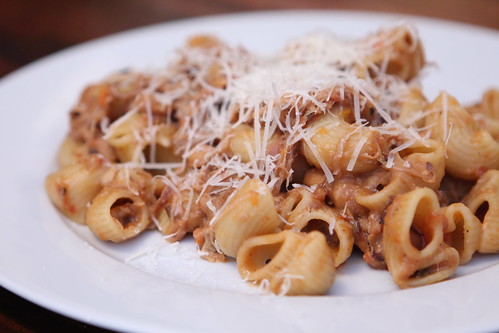 As the boys simmered down a bit I made this pasta with some leftover cassoulet from the freezer which I reduced down and finished with a little butter and grated Parmigiano-Reggiano.

Lisa is coming to visit this weekend so here's to hoping that the distraction of loving aunties will be enough to keep them well behaved for a while!
Posted by Unknown at 2:09 PM