We surprised the boys with their own kindles which were pre-loaded with games, movies, tv shows, and other apps to keep themselves entertained throughout our long car rides.

Moments later they were both in their seats while the car was still parked in the garage as we finished packing it up.

Jen, like last time, was the master of entertainment and kept the kids active during our frequent rest stops including races and calisthenics.

As we approached Cleveland the boys were astounded by its beauty. "It's so beautiful!" Elliott proclaimed from the backseat as we passed by both of its buildings.

We stopped at a restaurant called Melt that had been recommended for its grilled cheese. I was extremely skeptical but it turned out to be an incredible place. 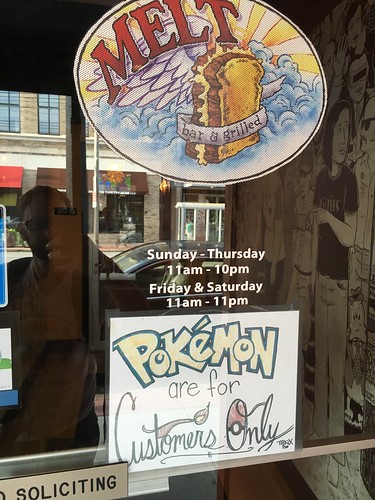 Not only was the food good but after a long day in the car Martin and Elliott enjoyed battling in the nearby gym.

We got to our hotel pretty late and the kids bathed and got in their pajamas as I made numerous runs out to the car and upstairs to the six hundred degree laundry room to wash vomit out of Martin's car seat cover. We learned about an hour in that Martin got carsick from using his Kindle in his lap. Thankfully this did not extend to watching videos with it on the seat back.

I forcefully woke the kids up the next morning around 5:00 AM to begin the longest driving day of the trip. Some children responded better to this wake up call than others.

We stopped to get gum for them for the first time to help with Martin's motion sickness. We researched it and it is unanimously held that four-years-old is old enough to be able to start chewing gum.

We quickly learned that four-years-old is not old enough to start chewing gum.

Martin was able to do a lot of coloring in the car which kept him pretty happy as it is one of his favorite pastimes. Unfortunately he also barks at me from the backseat to print him pictures to color, something he is used to doing at home. Unfortunately he doesn't grasp the concept that this is a little harder on the road, despite his repeated use of the word "please."

Martin was ready for carsickness the next day. He was under the impression that he was sick since he threw up the previous day but astonishingly that was the first and last time it happened during the trip.

In the late afternoon we rolled into upper Manhattan and the kids got a chance to see where we used to live.

We took them by Fort Tryon Park, one of our favorite places to visit near our old apartment, as we waited for our Airbnb to be ready.

We also took them to one of our favorite dinner places for Indian food which happened to be across the street from our Airbnb. 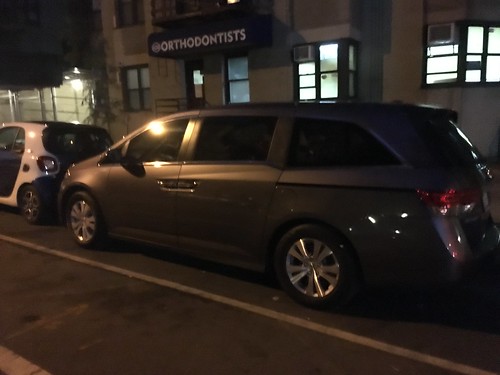 The parking gods smiled down on us, something they rarely did when we lived there, with a sweet spot right outside our apartment building. Rekindling old thoughts of living there I was dedicated to not moving our car at all until we were leaving New York for good.

The boys were excited for their first subway ride, at least the first subway ride they remember. They were a little disappointed to not see the Teenage Mutant Ninja Turtles or any rats. They also didn't see any worms, something they thought would clearly be in ample supply as we would be underground.

We took them to the Natural History Museum starting at the Hayden Planetarium and they could not have loved it more. After a challenging subway ride (it turns out it's a lot harder with two strollers) they were happy to run through the planetarium and learn about black holes.

We spent a lot of time talking about black holes for the remainder of the trip. 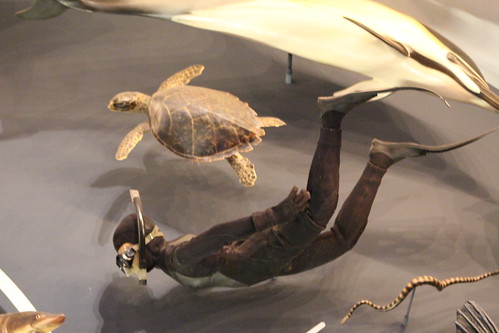 I told the boys how all the animals there were dead and stuffed. Elliott then asked, "Did he die?" I informed him that the Scuba diver was not actually a real person that had died and had been stuffed but was merely a mannequin there for scale.

I'm still not entirely sure I was right but I'm too uncomfortable to look up the real answer for fear of being wrong.

We heard of a secret splash pad outside the planetarium and took the kids there. It was a huge hit. Perhaps even better than running around and getting soaked was the ten-year-olds who were sitting on some of the water jets and letting the jets shoot out from between their legs and yelling, "I'm peeing!"

This was perhaps the funniest thing Martin and Elliott have ever witnessed. 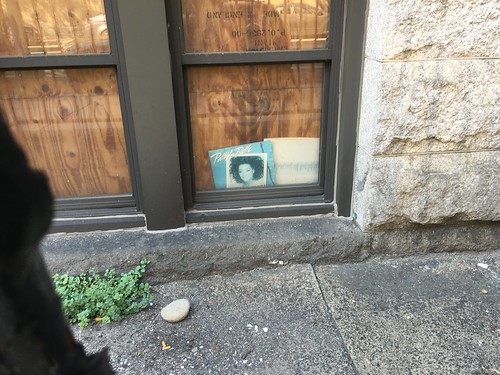 It was good to be in our old neighborhood. It was reassuring to find that the sun-faded Patti LaBelle record is still in the window of the building just around the corner from our old place. 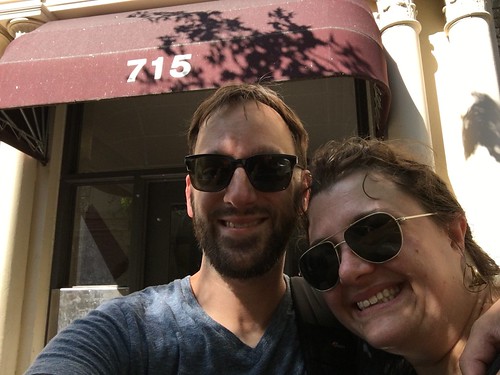 Our old place was still looking the same although there were fewer motorcycles parked int he foyer than when we lived there.

We could think of no better food to get for dinner than mofongo and it was a huge hit with all the kids. While we complain of a more limited number of specific ethnic cuisines where we live (e.g. Indian, Ethiopian) there is absolutely nowhere to get mofongo near our place now.

The next day we went to Coney Island to meet Paul, Caolan, and Jane at the New York Aquarium.

The biggest hit at the aquarium seemed to be the air blower, undoubtedly there to prevent mold growth from some tank leaking somewhere. This entertained the kids endlessly. We stood around taking pictures and videos of the kids having fun until an aquarium employee came by and then we pretended to be good parents who were trying to shepherd their kids away from the drying equipment.

We then had an impromptu walk to the beach. This was ill advised as we didn't have swim gear, it was quite hot, and we were ruining our car with sand earlier in the trip than initially planned.

Josie was extremely skeptical of the beach but eventually warmed to it. In Rhode Island she would open up even more. 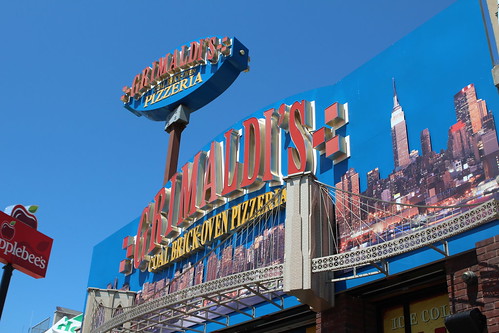 Six or seven years ago, well before any of us had kids, we had a failed attempt to go to Grimaldi's where we decided it was better to go to an inferior pizza place rather than wait in line three hours for Grimaldi's. On this day our wait was about three seconds and the pizza was delicious.

Martin had a fun time talking with Paul and asking him to do silly things, something Paul is generally always willing to do.

Back at Caolan and Paul's the boys got to engage in one of their favorite activities: playing with other kids' toys. This was something they were able to experience a lot of on this trip. Never were there more castle and knight themed toys than visiting with Jane. This was pretty much the same thing that happened with me and Paul thirty years previously.

Overall it was a hot, amazing day in the sun with great friends in a city we love and miss.

Then it was off to New Jersey to visit more friends we miss in a state we don't miss as much. Martin immediately found foam swords and an intense hours long battle ensued. 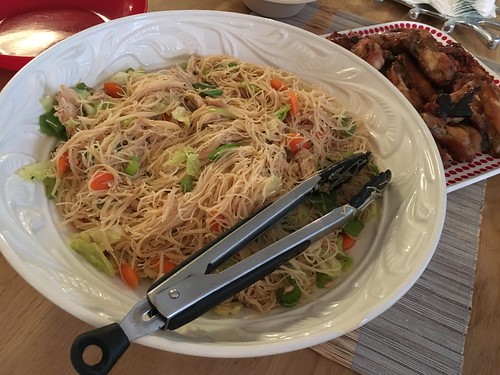 After a few short days on the road a home cooked meal of ponsit was eagerly welcomed.

The boys got to wake up early the next morning and continue to rifle through the new toys, trying on many new helmets in the process and probably breaking most of their toys at the same time.

Around lunch time it was time to say goodbye and head out to Central Park.

We got to see friends Heather and Adam again and meet their son Declan for the first time.

We got to take a ride on the carousel in Central Park and after the ride I turned around to get Martin and found him so moved by the experience that he was warmly embracing his carousel horse. 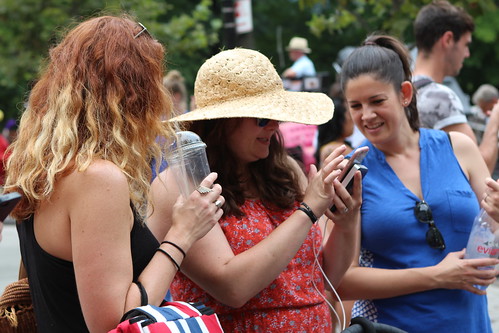 After a jaunt in the park Jen took to teaching some of our friends the finer points of Pokemon Go at a local hot spot. 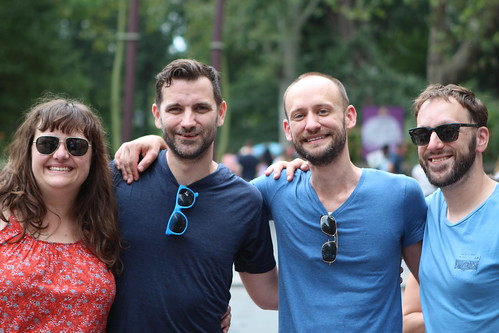 We got to also visit with Joe and Ryan who we haven't seen since the holidays. Overall it was a very quick visit but it was great to see everyone even for a small time. 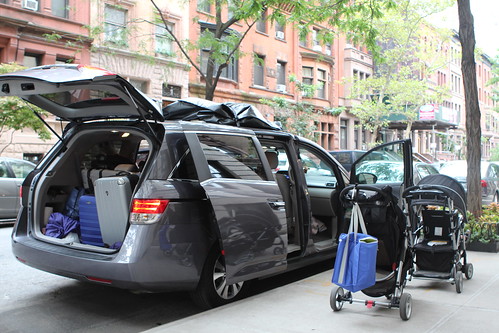 After the day in the park it was time to pack up the car and head to our next stop: Rhode Island. 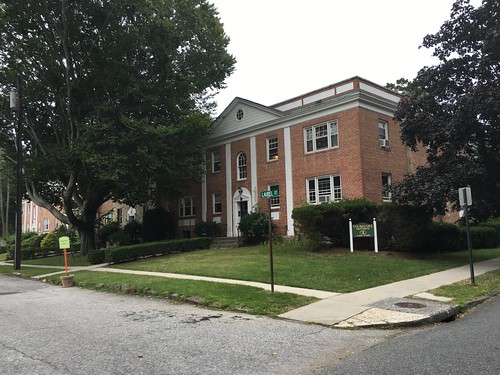 On the way we stopped by another old apartment where we lived when the boys were born. Josie and Martin slept and Elliott didn't bother looking up from his Kindle but for Jen and I we were taken back to many happy memories. At least the memories that didn't involve many tens of thousands of dollars of our possessions being destroyed in a flood.