After a couple of very mild snowstorms temperatures have finally dipped to what you would expect from winter. The tiny amount of snow has stuck around outside which has been just enough for the boys to enjoy the only moment of their life where they will think shoveling is any fun.

Jen took some snow in for Josephine to play with for the first time and it was a huge hit.

On New Year's Eve we took the kids to the library where they do a countdown until noon at which time they make noise with shakers and give each other hugs.

Jen also did a New Year's celebration before bed as I was at work. 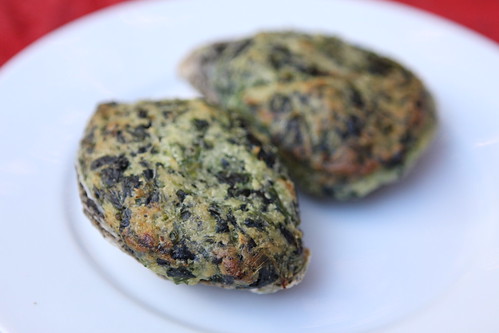 Getting home from work I threw some Oysters Rockefeller in the oven. 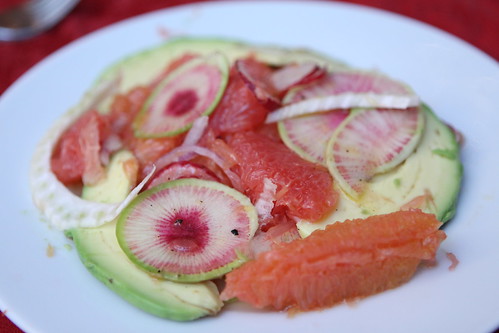 Jen put together her traditional avocado and citrus salad, this year added radishes from the farm. 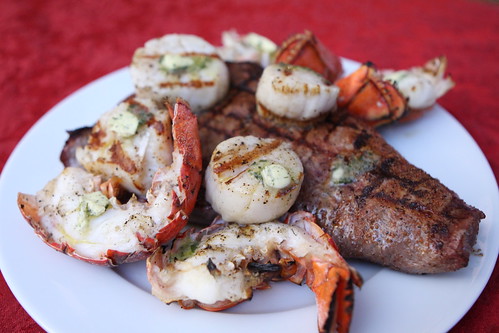 I grilled up some surf and turf with sirloin tip, lobster tail, and scallops. 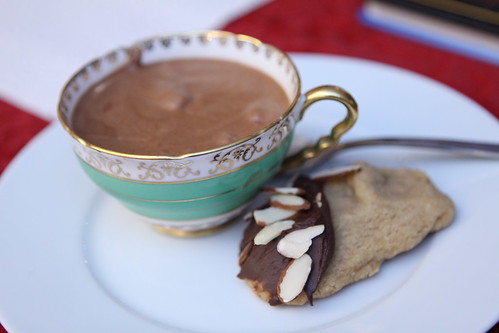 Jen also served up some chocolate mousse with brown sugar shortbread cookies. Due to a problem with the TV we weren't able to watch the normal terrible New Year's Eve programming so we watched Trainwreck instead. While it wasn't traditional it was far more enjoyable than watching the terrible countdown shows.

Our fortune would not be long-lived as Josephine woke up ready to rock just as we were about to go to bed meaning we really didn't get any sleep until about 4:00 AM which made for a very groggy New Year's Day. I felt like I had a horrible hangover all day despite only having 2 beers.

Jen and Martin were able to snatch a nap on New Year's Day.

During Christmas the boys came home from school talking about Teenage Mutant Ninja Turtles. We showed them some episodes and they became instantly obsessed, shoving anything into the backs of their shirts to emulate the weapons used by the turtle teens.

Martin was feeling emotionally fragile and I accidentally brushed against his finger when he was flailing around on the floor. He freaked out and showed me the finger that I had so viciously stomped on (according to him). Trying to avoid a meltdown I threw a Hail Mary by offering up an "invisible Band-Aid" which was just some Scotch Tape. He completely bought into this, ended his tantrum, and now occasionally asks for invisible Band-Aids.

We took the boys out for a freezing cold gnome hunt at the arboretum. It was a slow start but they got really into reading the riddles, clues, and stories about the gnomes.

BB-8 was a huge hit. I prepped them beforehand by showing them some videos where Martin asked: "Is that R2-D2's baby?" They both refer to BB-8 as "Baby 8" and treat him with a care and tenderness they show no other living or inanimate objects in our home. At night they are quiet around him and whisper while he "sleeps" in his charger.

If only they showed that same level of care around their sleeping sister.

Josephine was pretty entertained by BB-8 as well.

Mostly she enjoyed picking his head off his body and trying to eat it.

Jen headed out to her annual trip to Salt Lake City while I watched the kids. I took them to gymnastics class. I've never seen the boys more excited about anything as they got ready to head in.


They had a blast. Martin took a conservative approach to many of challenges while Elliott went into the same obstacles with his normal reckless abandon.

Josephine, as predicted, refused to eat any milk from a bottle the entire time Jen was gone. Here she is smiling in delight after a night of no sleep where Martin woke up every 30 minutes being afraid of the dark and settled down each time only seconds before his sister would wake up.

After work Grandma was entertaining the crew who had taken off their shirts (because Ninja Turtles don't wear shirts) and were making a puzzle.

Epiphany came and went and Jen was a little sad that I had undecorated the tree, removed it from the house, cleaned all the needles, and put all the toys away. She was only a little sad because while she missed the tree she was smart enough to realize that I'd done all of that one afternoon while watching all the kids and now she didn't have to do any of it.

Don't cry for her.

Josephine liked her first tofu farm more than anyone could have predicted.

During dinner last night Elliott dragged their table over to the other room so he could be by himself at his own table eating dinner, yet still be close enough to us that we would feel loved.

After dinner he was very excited to go sit by the fire eating sticky toffee pudding and watching the flames while the rest of us stayed in the dining room.

Jen asked Martin who he would see at school this morning and asked him about one of his classmates. He told her that that classmate was not his best friend. Jen asked who his best friend was and he said, "Elliott is my best, best friend!"

That is until the next time he accidentally hits him in the face with a lightsaber.
Posted by Unknown at 3:03 PM