As we are within a month or so of Uncle Dee Dee's arrival there are several large projects that need to be accomplished. One was potty training, another was buying a new car that can fit all three children, and the last was general preparations of the Uncle Dee Dee lair.

Perhaps you could add a fourth task of coming up with a slightly more appropriate name for Uncle Dee Dee.

Instead of working on any of that we built a kickass house for the boys that ended up looking a lot more like a TARDIS than a house.

We celebrated Grandma and Grandad's birthday with a normally chaotic family dinner and a nice visit from Auntie Lisa.

We also took some time to play in our bear cave and practice our roaring.

Then the day was upon us. Jen spent days setting the stage. We woke up that morning, two Fridays ago, and Jen demonstrated how Muffin Bear uses the potty and how happy we all are about it.

She reviewed the rules and the treats they could expect to get upon peeing in the potty. 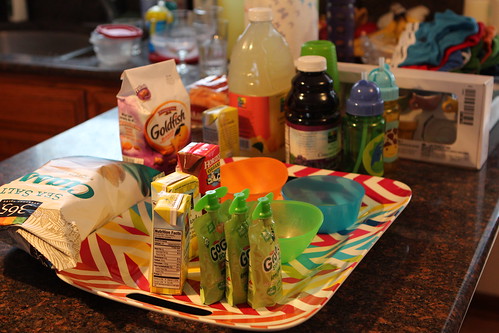 The bathroom was set. For your benefit I will not post a picture of what it looks like eleven days later.

Then they were put into their underwear. Elliott expressed his joy through one of his favorite activities: jumping.

Martin made a pose which took in all the power he undoubtedly felt from wearing his Thomas the Tank Engine underwear. Shortly after this picture he went Super Saiya-jin.

After a great morning and a nice nap we invited Grandma over for a tea party.

After a great weekend we celebrated with a trip to Dairy Queen which the boys found very exciting. We were served by a flustered 15-year-old who was left running the place by himself with lines out the door since it was unexpectedly 70 degrees for the first time in six months. We also watched a hockey game and Martin commented on how much they loved to play hockey.

We also left the boys later with Jen's mum as we went to look at minivans. We returned after a horrible, terrible experience with slow, annoying dealerships who only like to waste your time. Luckily we returned to a fantastic welcome home song performed by the boys. It was much better than having our valuable time wasted by slow-ass dealerships and unnecessarily meeting stupid managers.

After nap we climbed the tree in the back yard. Martin was terrified for about thirty seconds then immediately turned around and wanted to spend the rest of the afternoon in the tree.

When we picked them up from daycare on Friday, one of their teachers told us that Elliott now refers to himself as "Elliott Libertine." This is a word I'm pretty sure that neither Jen or I have ever said out loud as long as they've been alive. However, we are steadily learning that somehow the boys can learn words even if they've never heard them.

I'm thankful that at least he probably doesn't know what the word means. Though he is kind of a libertine. 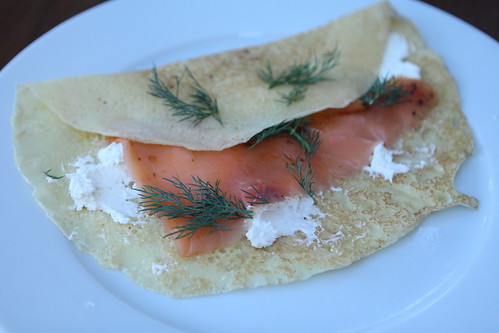 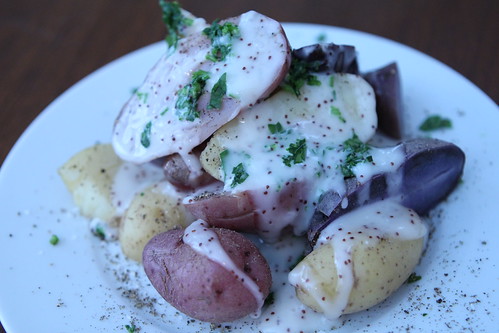 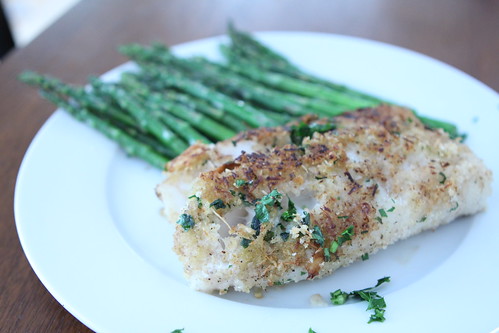 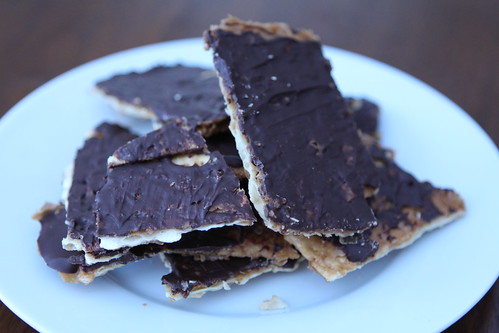 The following night we had Passover dinner together. I made smoked salmon crepes, lemon poppy potatoes, horseradish panko crusted cod and asparagus, and matzoh crunch.


On Saturday we had a week off from swim class and the boys celebrated their new favorite album, Paul Simon's "Graceland." This continued the trend of them loving 1980s soft rock.

While I was at work on Saturday the whole family got together and dyed eggs in my absence. This would mean that they'd want to crack these eggs open and eat them after their Easter egg hunt the following day. No amount of convincing could change their minds. 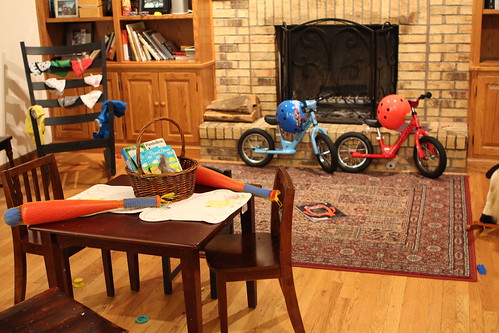 Easter morning was pretty exciting as they discovered candy right outside their doors and followed the trail downstairs to find presents, bikes, and more candy!


Martin declared that he loved the rabbit and that "he's my best rabbit."

There was a lot of fun had in the Easter egg hunt despite being peppered with insults by family members who felt that our eggs being empty were a crime against all humanity.

If there were more dentists in our family they could have jumped to our defense. 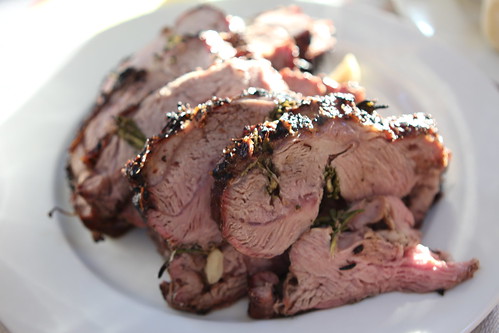 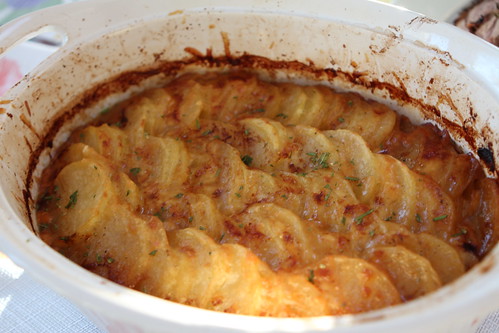 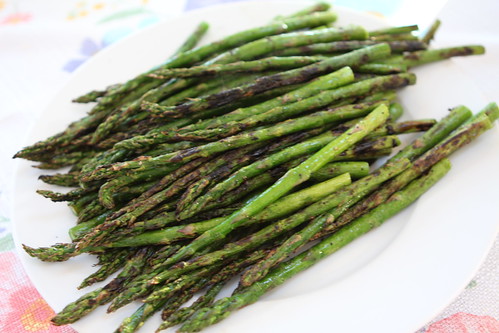 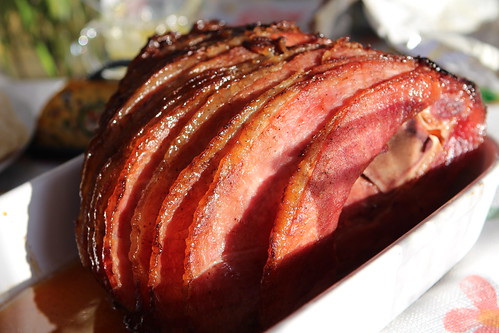 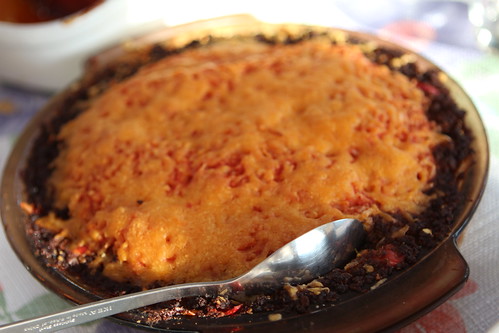 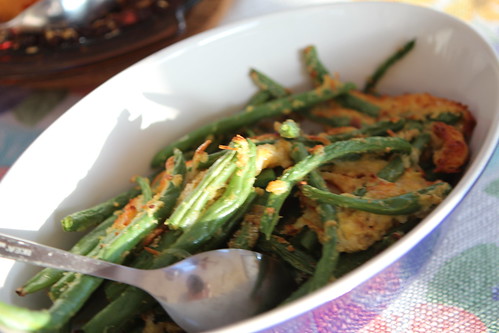 Much delicious food was had for dinner. 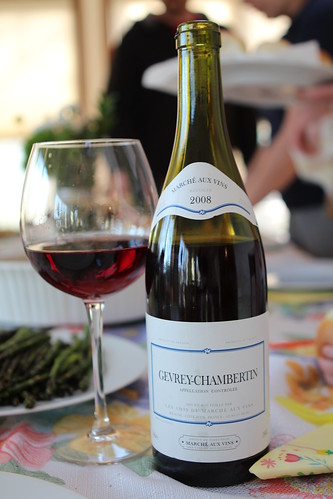 And we also enjoyed a wine that we purchased on our last trip to France. We had it shipped home, aged if four years, then had Jen's mother declare that it was "nasty." (She later relented.) 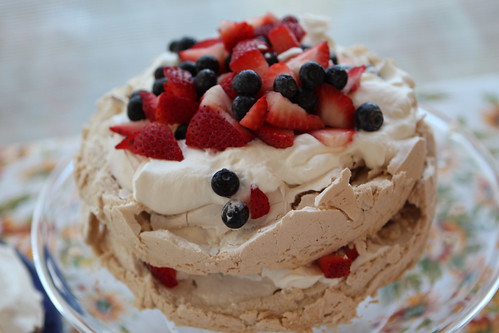 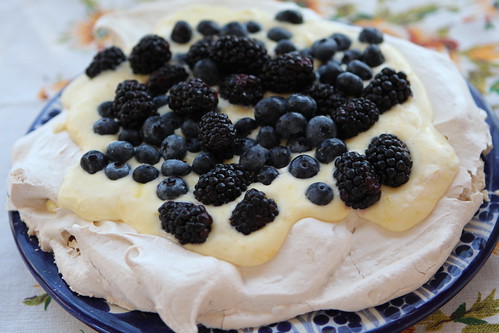 We rounded out the dinner with Jen's pavlova. They boys screamed "cake!" when they saw it. We informed them that it was pavlova and Elliott repeated "pav-lov-a" again and again like Beavis learning a new word.

So here we go, entering into our last month as the parents of only two children. Soon there will be an additional infant to be named later. We will lose every bit of free time, sleep, and quiet that we have accumulated over the past years.

Thank God. This was getting way too easy.
Posted by Unknown at 1:27 PM